Late last year, the HP Envy x360 13” convertible received an Intel Tiger Lake brain transplant which gave the lineup a nice performance boost. Now, that device's bigger brother, the Envy x360 15, is getting the same treatment and more with both Tiger Lake and AMD Ryzen 5000U options. Furthermore, some other nice-to-have upgrades make this a rather formidable laptop, especially at its retail price.

On the AMD side of the table, HP offers two SKUs powered by either the Ryzen 5 5500U or the Ryzen 7 5700U Zen 3 processors, with boost clocks of up to 4.0GHz and 4.3GHz, respectively. As for Team Blue, there are options for 11th generation Core i5-1135G7 or an i7-1165G7 Tiger Lake processors boosting up to 4.2GHz and 4.7GHz, respectively. The AMD variants both come with a default 8GB of DDR4-3200 RAM, whereas the Intel variants have either 8GB or 12GB of RAM. Both AMD and Intel systems offer a 256GB and 512GB SSD, respectively to pair with the memory load outs. 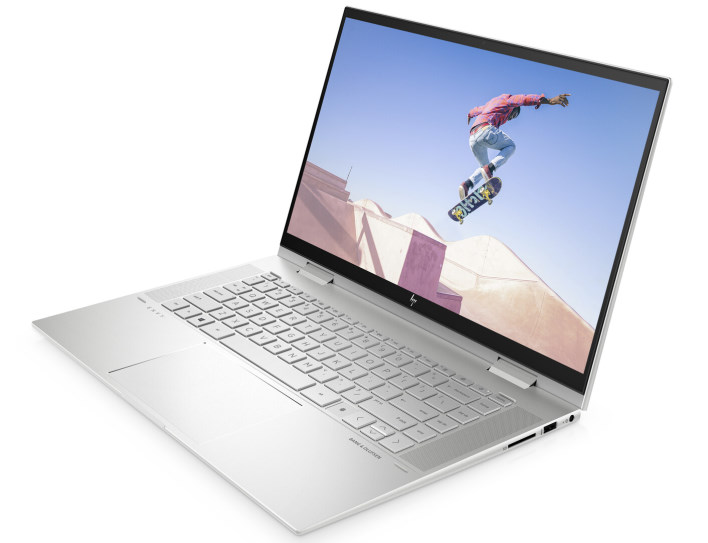 Stepping back from the internal specs, the 2021 HP Envy x360 15 has Bang and Olufsen speakers on either side of the keyboard to produce high-quality audio. The touchpad has also been enlarged by 10 percent over the 2020 model. As far as ports go, both AMD and Intel models will have similar configurations, with two USB Type-A 5GBps ports, one headphone/microphone port, one AC Smart Pin, and 1 HDMI 2.0b port. Furthermore, the Intel laptops will sport a Thunderbolt 4 port, while the AMD laptops will only have a 10Gbps USB-C port. 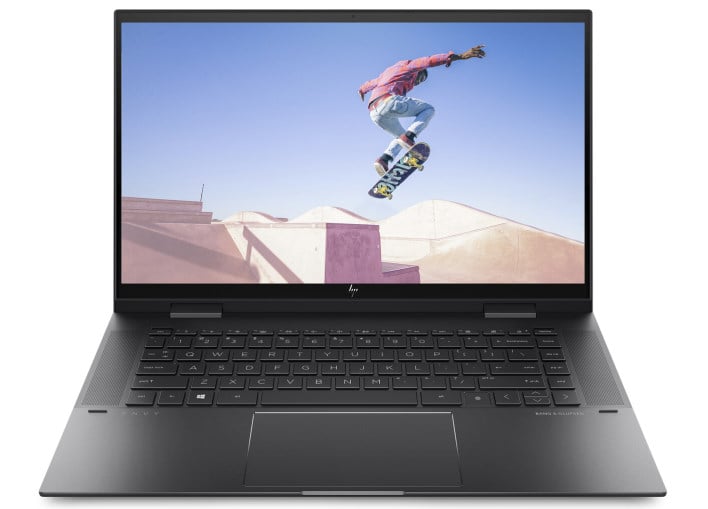 Switching gears to audio and video, both laptop models will have a default configuration of a 15.6-inch FHD IPS touchscreen display with 250-nit brightness. Customers can alternatively step up to a 4K OLED display with 100% DCI-P3 coverage, meaning there will be incredible color accuracy and dynamic range.