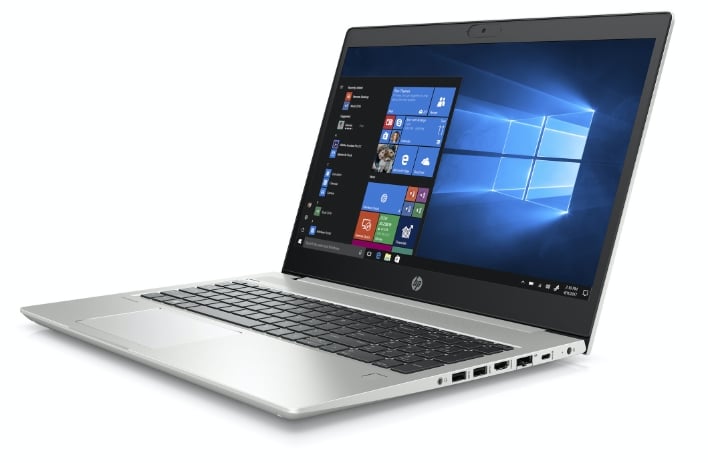 Hewlett-Packard is no stranger to using Ryzen processors in its desktops and laptops, and the company is further showing its confidence in AMD with the launch of new ProBook 445 G7 and 455 G7 business laptops. Both machines are powered by AMD's new Ryzen 4000 processors, which feature integrated Radeon Vega GPUs.

The smaller of the two is the ProBook 445 G7, which features a 14-inch display available in HD and Full HD resolutions, all of which feature an anti-glare coating. Base systems come with the Ryzen 3 4300U APU, while the step-up option is the Ryzen 5 4500U. Those that require a bit more power at their disposal can opt for the Ryzen 7 4700U (2GHz base clock, 4.2GHz max boost).

Interestingly, only a maximum of 16GB of DDR4-3200 RAM is supported via two SO-DIMM slots, while SATA SSDs (up to 128GB) and HDDs (up to 1TB) along with PCIe NVMe SSDs (up to 512GB) can be configured. Both Wi-Fi 5 and Wi-Fi 6 solutions are available, with each being paired with Bluetooth 5 radios. 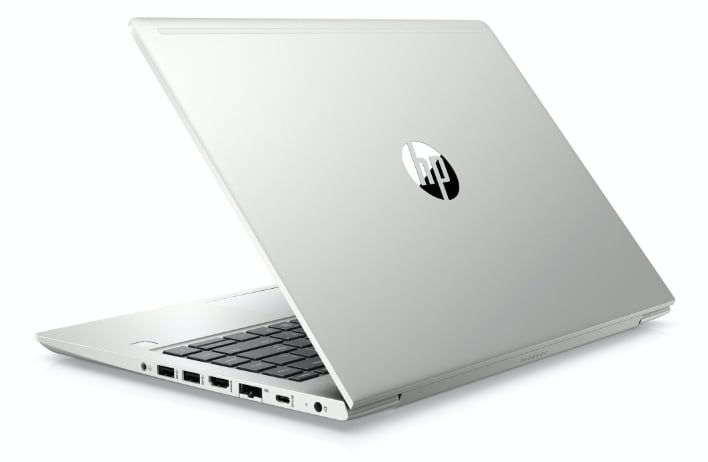 The ProBook 455 G7 features largely the same CPU, memory, storage and display resolution options; the primary difference between the two is that the ProBook 455 G7 features a larger 15.6-inch display. The larger chassis, unfortunately, doesn't result in a larger battery -- it remains at 45 WHr. Likewise, the increased dimensions also mean that weight jumps by nearly a pound to 4.41 pounds.

Both laptops support HP Fast Charge, which means that the battery can hit 50 percent capacity in just 30 minutes with a compatible charger. And given that these are business-focused laptops, HP has included secure firmware and BIOS options. HP also supports the installation of Windows 10 Home, Windows 10 Pro and FreeDOS 3.0.

HP has not yet announced pricing for the ProBook 445 G7 and 455 G7, but both laptops will launch later this month.