According to the listing, the GeForce RTX 3070 Mobile sports 40 streaming multiprocessors, presumably on a GA104-770-A1 Ampere GPU (according to yesterday's leak). That works out to 5,120 CUDA cores. The listing also shows 8GB of onboard memory (GDDR6 most likely) and a 1.3GHz clockspeed. This suggests it is a Max-Q variant, as the regular GeForce RTX 3070 Mobile is said to clock up to 1.62GHz.
We can also extract some details about the upcoming GPU's potential performance, compared to existing GPUs... 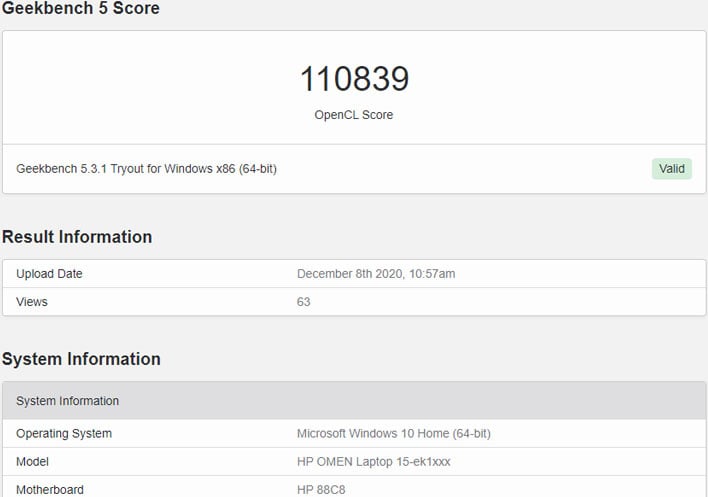