In June 2020, Hewlett-Packard launched an all-new Omen 15 gaming laptop that gave enthusiasts a choice of either AMD Ryzen 4000 or 10th generation Intel Comet Lake-H processors. AMD systems were only available with a GeForce RTX 1660 Ti GPU, while Intel systems could have a GeForce RTX 2060 or GeForce RTX 2070.

It looks as though HP is ready to unleash the 2021 version of the Omen 15, and it doesn't look like things are changing much on the outside, which is to be expected given last year's complete redesign. However, inside, the Omen 15 is getting an upgrade to Ryzen 5000 Zen 3 mobile processors. 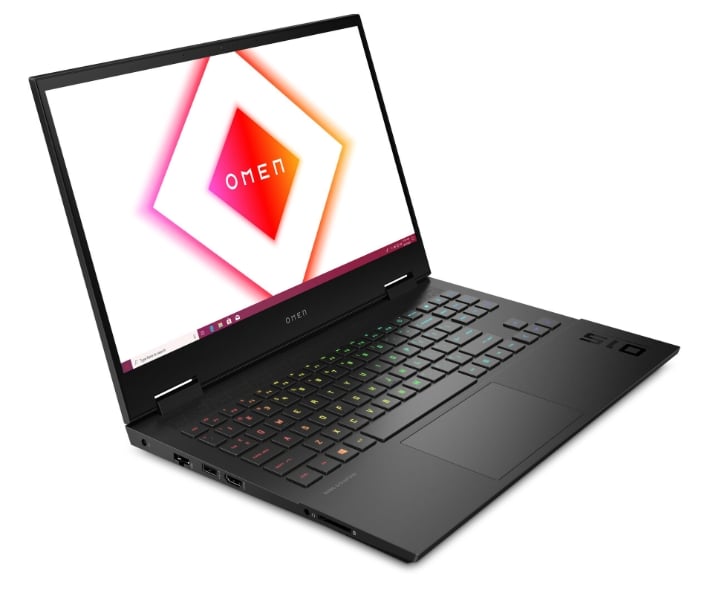 It is expected that 16GB DDR4-3200 memory will come standard (8GBx2), along with a 512GB PCIe 3.0 SSD. Even though two generations of AMD desktop CPUs have supported PCIe 4.0, AMD is still not supporting the interface on its mobile APUs. So, Intel Tiger Lake-H-based versions of the 2021 Omen 15 will have an advantage in that arena.

However, the big news is the addition of a GeForce RTX 3060 Ampere mobile GPU (with 6GB of GDDR6), which is a big step up from the GeForce GTX 1660 Ti boat anchor tied to last year's AMD-based Omen 15 laptops. That GPU powers a 15.6-inch Full HD display.

Other odds and ends include an RGB keyboard, a 70.9 WHr battery, three USB-A 3.0 ports, a USB-C port, GbE, HDMI, and Mini DisplayPort connectors. For those who need to expand storage or read images from a D-SLR, an SD reader is also onboard.

Given that this information is leaked and not official, we don't have any pricing or availability direct from HP to report, but last year's models started at $909.