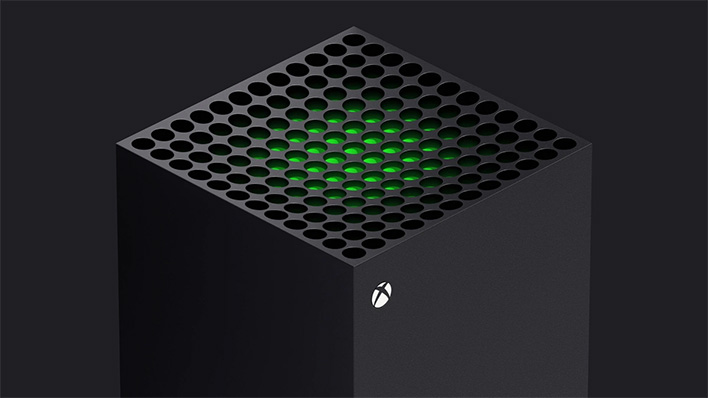 Microsoft is going to have another go at highlighting games for its upcoming Xbox Series X console, and hopefully this time around the focus will be more on the actual gameplay and less on cinematic trailers (something Microsoft received criticism and apologized for). If you want to check it out, clear your morning/afternoon—the Xbox Games Showcase Official Show (as it's called) is happening today.
The event kicks off at 12:00 pm ET (9:00 am PT). It is being presented as a livestream. Since you are already here and reading this, feel free to keep this page open and watch the event in the embedded video below...

Alternatively, you can bounce over to Microsoft's official Xbox channel on YouTube to watch the show. It will also likely be streamed on the official Xbox landing spots on Facebook, Twitter, and Twitch (but seriously, feel free to stay right here).
This promises to be a bigger event than the last time around. The major attraction is being able to see the first gameplay footage for Halo Infinite on the Xbox Series X, which will be a launch title for the upcoming game console. Other games will be showed off as well, presumably including Senaua's Saga: Hellblade 2 (and perhaps some surprises).
It will be interesting to see how much of the show is focused on first-party titles versus an inevitable spattering of third-party games. In a recent call with investors, Microsoft CEO Satya Nadella said the company is focused on "delivering differentiated, first- and third-party content to attract and retain gamers." He also reiterated that the Xbox Series X is hitting retail this fall, and claimed it will have the "largest launch lineup for any console ever."
Additionally, Nadella talked about the opportunity that exists in cloud gaming.
"Stepping back, we are expanding our opportunity to empower the world’s 2 billion gamers to play wherever and whenever they want, on any device. Xbox Game Pass is seeing record subscriber growth across both, console and PC, and now includes content from more than 100 studios," Nadella said. "Our xCloud gaming service is already live in 15 countries. And just last week, we announced that we will bring xCloud to Xbox Game Pass, so subscribers can stream games to a phone or tablet and play along with nearly 100 million Xbox Live players around the world."
It's an exciting year for gamers, no doubt—there are new consoles on the horizon, new graphics cards for PCs around the corner, and some interesting new games on tap.