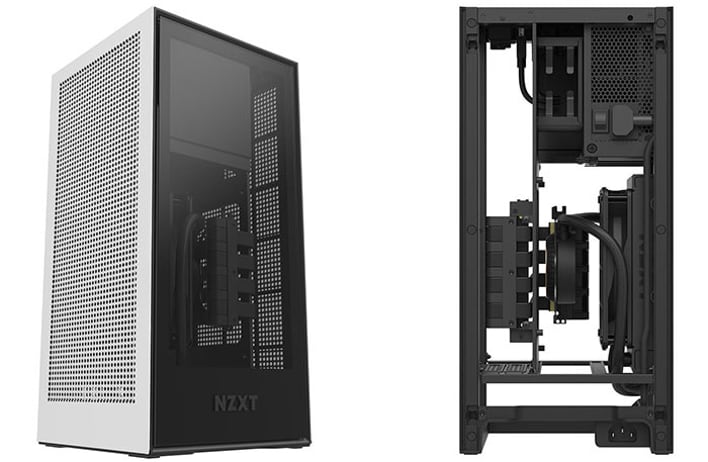 The U.S. Consumer Product Safety Commission (CPSC) has officially issued a recall for the NZXT H1 computer case, which has gone through a rather tumultuous period in the news since its release. The NZXT H1 has been in the spotlight due to a design flaw that could potentially cause a fire, putting not only your computer at risk, but also surrounding personal items and even your home if left unattended.

The problem stems from a short circuit that could occur when metal screws from the case riser board attached to the case come in contact with the 12V power on the PCB. NZXT was slow to respond to the videos posted to YouTube, and when it finally did acknowledge the issue, its solution was to replace the metal screws with nylon screws to alleviate any short circuit concerns. However, this was a stopgap solution that didn't address the underlying design flaw with the riser board.

According to the CSPC, there have been 11 reported incidents of cases overheating and causing fires worldwide. The consumer protection agency also says that six of those incidents occurred within the United States, and thankfully, no injuries have been reported. The CPSC also indicates that 32,000 of the cases have been sold within the United States, while 1,024 were sold in Canada (Canada has its own separate announcement here). As for which models are affected, the CPSC provides this guidance:

NZXT is recommending that all H1 owners top using the case immediately. However, the company is addressing the issue fully this time around with a redesigned riser card. "While this issue impacts a small percentage of cases, we are playing it safe and are developing a simple-to-use repair kit that you can install without having to ship your case anywhere," said NZXT in a blog post. You can request a repair kit -- once available -- by filling out this form on NZXT's website.

While you're waiting on the "final" fix to be shipped to you, NZXT will send you a "temporary" fix that consists of the nylon screws. If you'd rather not go through the hassles of dealing with the fix, NZXT also says that you can return the case to the place of purchase for a full refund.