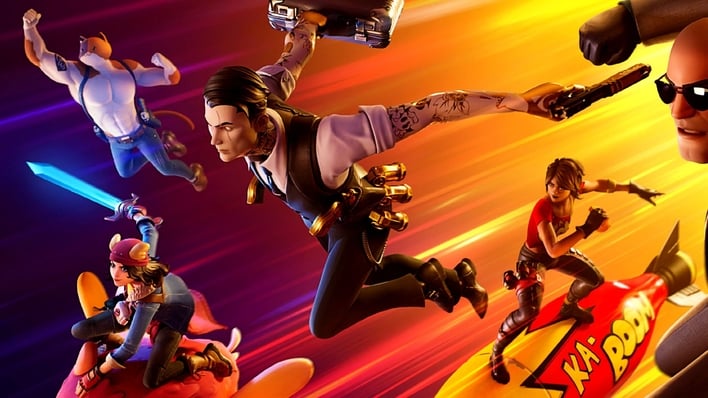 The five Shadow Safe Houses are distributed relatively evenly across the map, which you can see below. Each one is guarded by bots, which in actuality are henchmen employed by the Shadow organization. While the names of safe house aren’t marked, we’ll describe where you can find each below. 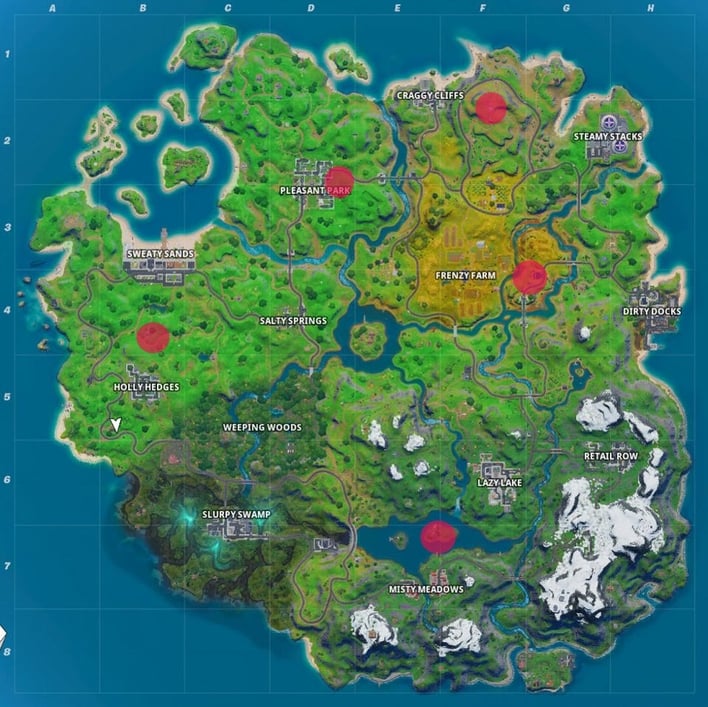 The first safe house can be located in the eastern sector of Frenzy Farms. There’s a small brick building with an outhouse. Once you go inside, you’ll find a Porta-Potty, which you’ll want to enter (cover your nose first). Once you do this, you’ll be transported to the secret hideout.

The second safe house can be located at the gas station in Pleasant Park. There’s a Porta-Potty located outside the building, right next to a filthy dumpster. Enter the porta potty to be get to the safe house.

Accessing the third Shadow Safe House can be accomplished by traveling to the radio tower near Craggy Cliffs. You’ll find a dumpster near the building where the radio tower is housed. Hop inside the dumpster to get to the next safe house.

The fourth safe house will have you traveling to Misty Meadows. You'll need to land atop the roof of the house that is located on the island north of Misty Meadows. Once making the tricky landing, you'll need to use your pickaxe to bash through the roof and drop inside. Simple enough, right?

The final safe house location in a red house situated in the northeast corner of Holly Hedges. Enter the building, and you will have completed all Shadow Safe House challenges. You'll receive 40,000 XP for your troubles, which isn't a bad haul given the relative ease of challenges.