Aliens have fully invaded Fortnite this season, and players are battling parasites while also trying to communicate with the invaders. This is a lot to take in, so let us take a look at how to take on a parasite and gain some XP for setting up communications with the creatures from outer space… 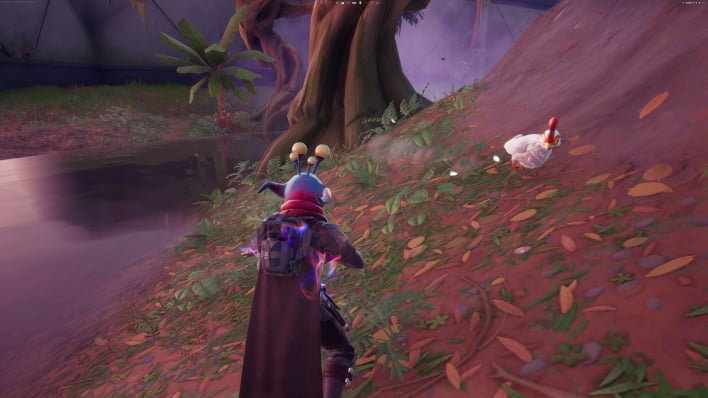 Typically, parasites are a bad thing, but in the case of Fortnite, it appears to be a symbiotic relationship if our biology classes taught us anything. The leech-like alien parasites in the game attach themselves to any living organism in the area, including chickens, boars, wolves, or other players. If the host organism is killed or you stumble upon a green egg that hatches these monsters, the alien parasites will attempt to latch onto you.
Though these bloodsuckers take down your health to 60%, you get a few perks out of the transaction. This includes shielding you from headshot damage as well as doubling your movement speed, which could give you a leg up on your non-infected competition. You can also combat the health loss by using bandages and other healing items to keep your health up.

However, if this is not something you are interested in, you can remove these alien organisms easily. The parasites can be shot off, burned off, or be drowned away when players go for a swim. Then you need to run away as the parasites will continue to look for a host. This can also happen to all thee other animals that can get parasites, so keep an eye out. 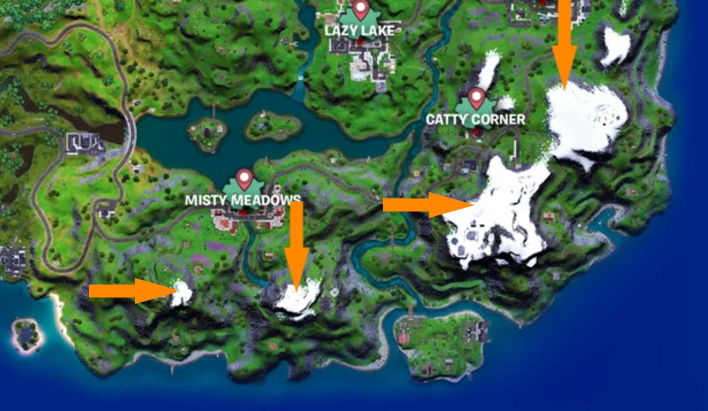 Getting in touch with the alien invaders in Fortnite is nothing like The Arrival movie depicted, though this quest is significantly easier. Fortnite Week 3’s “Place an Alien Light Communication Device on Mountain Top” challenge will give players a healthy 30,000 Battle Pass XP for effectively running up a select few mountains in Fortnite and placing down some signal lights. Look at the map up above of the southern section on the island to find out where exactly to go, and then you can pick up a nice amount of XP after interacting with where the lights need to go.


This is certainly an interesting Fortnite season, and as it continues, the chaos will likely only continue. Thus, stay tuned to HotHardware for Fortnite updates and quest details, and let us know what you think about this alien season in the comments below.