In June, some mysterious crop circles appeared in Fortnite, potentially alluding to the now released Fortnite Chapter 2 Season 7. Now, aliens have arrived and are attacking the island vigorously, but you can take them on. Using new characters, weapons, and sheer elbow grease, players can help save the Fortnite island from the alien invaders.

The new chapter kicked off with an alien army coming to Fortnite with an "explosive opening attack," as Epic Games explained it. These alien invaders threaten the island, but Fortnite players are not ones to roll over and accept their fate. Under the command of Doctor Slone, the Imagined Order (IO) has decided to fight back against the invaders using its new recruits equipped with new and modified weapons and vehicles.

With this update, players now have the option of shooting down or hijacking flying saucers or UFOs. Thankfully, the government will not come and take these like the Roswell incident, as you will be able to fly around with your alien-hunting crew. Using this alien tech, you can also "fire at your foes, pick up anything that isn't bolted down, or toss around fleeing vehicles," which sounds like quite a bit of fun. 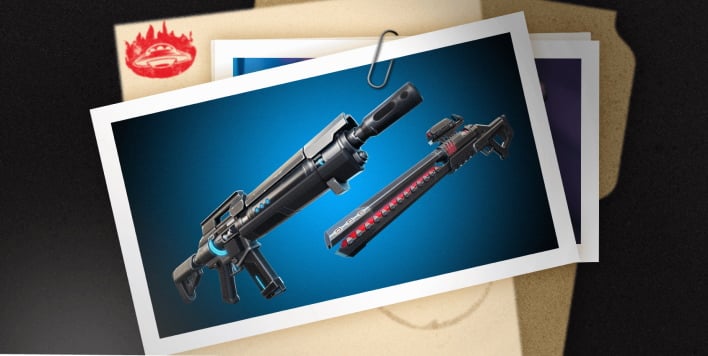 Speaking of some "alien technology," the Imagined Order has created "sophisticated weaponry" to combat the aliens. You can use the railgun to shoot through structures, the recon scanner to get your bearings, and fight forward with a flexible pulse rifle. The aliens have also seemingly lost some of their weapons, such as the Kymera Ray Gun and much more that will come as the season progresses. 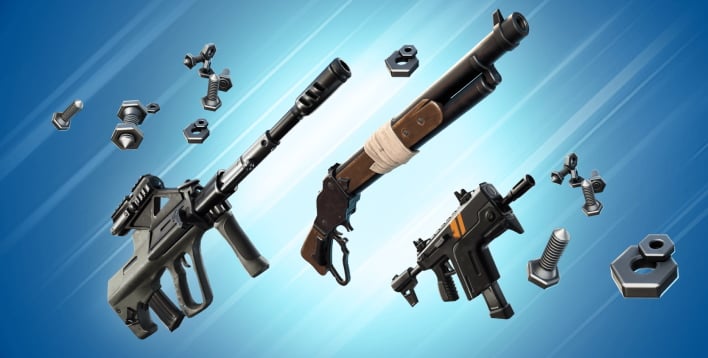 It seems these aliens are not very responsible nor safe, though, as they have lost weapons, and some of their vehicles are also falling apart. As Epic states, "The roving Saucers have made it rain Nuts and Bolts — discovered to be a viable crafting ingredient!" Players can use these nuts and bolts to craft once vaulted weapons, like converting an assault rifle to a burst assault rifle or a submachine gun to a rapid-fire SMG. There are many options with the weapons, so explore and modify to your heart's content.

Besides all the cool gadgets and gizmos, if you happen to pick up this season's Battle Pass, you will immediately unlock a customizable Kymera outfit. Then, alien artifacts can be collected throughout the season to gather "different head shapes, eye colors, skin patterns, and more" to make your alien your own. It seems that alien skins may not be the only thing coming, though, as there could be an upcoming Rick Sanchez skin from Rick and Morty and Superman skin, among others. 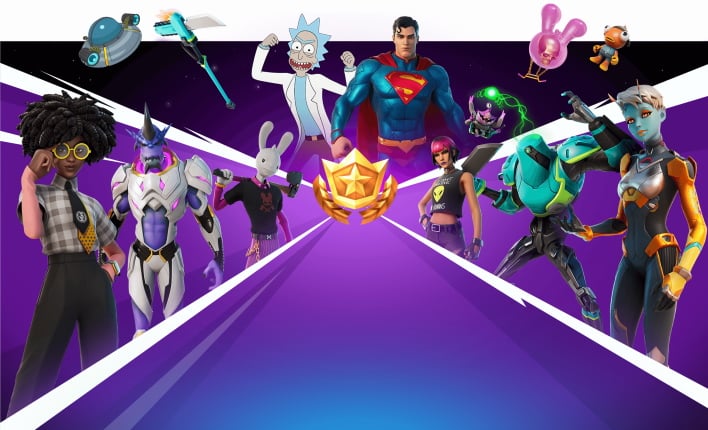 With all these crossovers and cool technology, it should be a rather exciting Fortnite season. As Chapter 2, Season 7 continues, keep an eye on HotHardware for both alien and Fortnite updates, and let us know what you think of these alien invaders in the comments below.