Less than six months after researchers at Google claimed to have achieved quantum supremacy, a notion IBM rejects, Honeywell has come out of the woodwork and essentially told them both to step beside, saying it achieved a breakthrough that will allow the company to introduce the world's most powerful quantum computer this year.
Yes, the same Honeywell that makes consumer fans to keep the dog days of summer at bay, and the same Honeywell that might be stamped on your home thermostat or humidifier (among other products). Well, sort of the same Honeywell. The company involves itself in much more than just consumer products—it used to build computer systems and mainframes before exiting the computer business in 1991.
Call it a comeback if you want, but either way, Honeywell is making a major play in quantum computing. Part of that entails "strategic investments in two leading quantum computing software providers" that will work together to develop quantum computing algorithms.
Honeywell says it will bring to the market the most powerful quantum computer ever built within the next three months. The claim is rooted in quantum volume (PDF), which Honeywell says is a measure of quantum capability that goes beyond the number of qubits. When it releases, Honeywell claims its system will have a quantum volume of at least 64, double that of the next most powerful quantum computer based on that type of measurement. 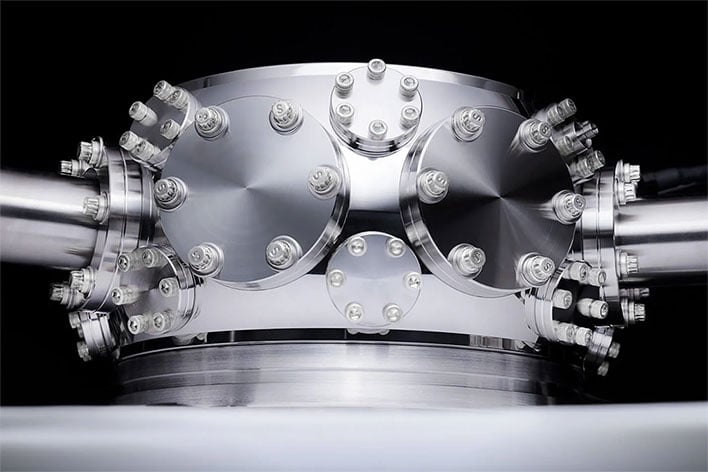 "Quantum computing will enable us to tackle complex scientific and business challenges, driving step-change improvements in computational power, operating costs and speed," said Darious Adamczyk, chairman and CEO at Honeywell. "Materials companies will explore new molecular structures. Transportation companies will optimize logistics. Financial institutions will need faster and more precise software applications. Pharmaceutical companies will accelerate the discovery of new drugs. Honeywell is striving to influence how quantum computing evolves and to create opportunities for our customers to benefit from this powerful new technology."
Honeywell's quantum computer uses "trapped-ion" technology. This leverages numerous, individual charged atoms (ions) to hold quantum information. The system being built applies electromagnetic fields to hold or trap each ion, which can then be manipulated and encoded using laser pulses.
The company says trapped-ion qubits can be uniformly generated with errors that are better understood compared to alternative quibit technologies that don't directly use atoms.
"These high-performance operations require deep experience across multiple disciplines, including atomic physics, optics, cryogenics, lasers, magnetics, ultra-high vacuum, and precision control systems. Honeywell has a decades-long legacy of expertise in these technologies," Honeywell says.
Interestingly, Honeywell further claims it will bolster its quantum computer with additional qubits each year for the next five years, increasing the volume by 10 each round. That would be a huge increase if it comes to pass.
Now we sit back and see what rivals like Google and IBM have to say on the matter.