Perhaps you want to catch the big game on a big screen or watch some movies in 4K with your family. As time goes on, decent 4K Smart TVs are becoming more affordable for everyone, and BestBuy has a sale going on that is impressive. Right now, you can get a Hisense 85” 4K Smart Android TV for just $999.99, which is $700 off the original price.

You never knew you needed a massive TV until you get one, and the Hisense 85H6510G fits the bill at an absurdly large 85 inches. Size is not the only thing going for this TV, though, as it is a 4K LED display that is HDR 10 rated, meaning you should have some decent colors in 4K. Moreover, it is a smart TV with AndroidTV built-in, so you can install whatever apps you want. 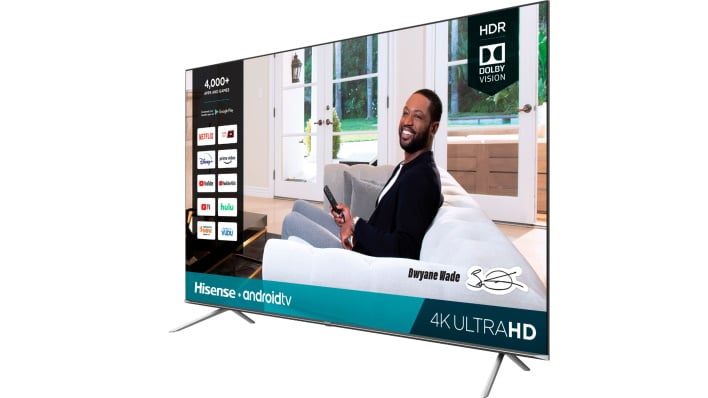 On BestBuy, the TV has 60 reviews right now with an average of 4.7 stars out of 5, and there do not seem to be any major complaints other than the sheer size and weight of the thing. The only thing that we noticed is that this TV appears to be the Black Friday variant of the 85H6570G with similar features, but that should not matter much.

Super Bowl LV is coming up quickly (Go Bears!), and though you cannot enjoy the game with friends, you can really enjoy the game on a large TV. If football is not your style, though, you can still watch some great movies on the Hisense 85H6510G. Either way, go pick up the Hisense 85" 4K Smart TV for $700 off now. There are also likely to be more TV sales coming up soon, so keep an eye on HotHardware for the latest deals.