Heinz has taken the lead in the race to produce condiments in space and is leaving its competitors to play... ketchup. Marz ketchup should make that juicy burger on Mars taste oh so much better. It could go well with the green chilies recently grown and eaten aboard the International Space Station.

On Monday, November 8th, Heinz debuted its newest line of ketchup, The Marz Edition. While the jokes will surely be many, this is not something that was produced for punny memes alone. It comes from two years of research conducted by a group of astrobiologists at the Florida Institute of Technology's Aldrin Space Institute, in research of how to grow the same quality of tomato used in regular Heinz ketchup in conditions that mimic the red planet.

Christina Kenz, chief growth officer for Kraft Heinz International Zone, said, "We're so excited that our team of experts have been able to grow tomatoes in conditions found on another planet and share our creation with the world."


Kenz is one of the 14-member team at the Aldrin Space Institute, which is led by Dr. Andrew Palmer. It has already submitted the first of three papers for scientific research that chronicles the Heinz mission. The institute itself was created in 2015 to advance a permanent human presence on Mars. It is named after Buzz Aldrin, one of the first humans to ever walk on the moon.
Up until now most all research had been focused on short-term ways to grow in Martian-simulated conditions. The Heinz project has been researching ways to harvest long-term in those some conditions. This will be essential if humans ever want to inhabit Mars for the long haul. The ability to ship supplies to the red planet would take a lot of time and financial resources, so enabling colonists on Mars with ways of growing their own food would be ideal and necessary.


In order to simulate Mars type conditions, the researchers used an Earth-based soil chemically matched to the red planet. They then grew the tomatoes in the same temperature and water conditions found on Mars. The team at Aldrin Space Institute and Heinz carefully selected the seeds and implemented agricultural techniques to make sure the final product would simulate the taste of Heinz ketchup here on Earth. 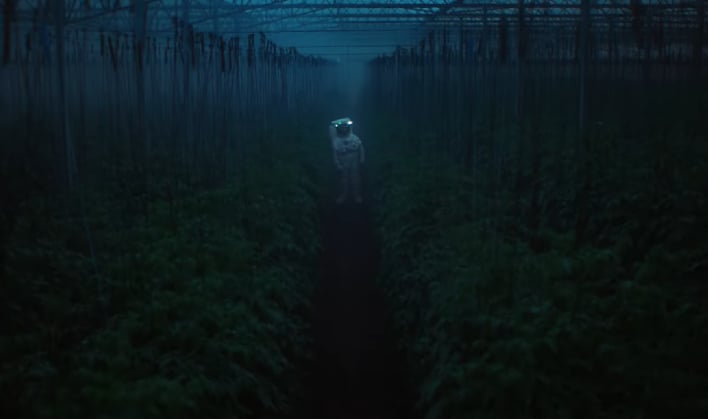 But the research does not only benefit future civilizations on other planets. The same research can be used in finding new ways to overcome problem areas here on Earth as it relates to growing crops in extreme conditions. Dr. Andrew Palmer said, "With regards to our own survival on this planet, one of the big questions is how do we grow in soils that are less than ideal." The Heinz Kraft Corporation has invested in environmental social governance goals, which include it using 100% sustainably-sourced Heinz Ketchup tomatoes by 2025.

There seems to be a lot of attention and resources being put into placing humankind in outer space and other planets for longer stretches and eventually on a permanent basis. From Heinz creating ways of growing produce on Mars, astronauts growing chile peppers aboard the space station for delicious space tacos, to companies like Blue Origin that aims to build a business park in space before the end of this decade. It is certainly an exciting time to be alive.