What is generally considered to be one of the greatest PC games of all time is getting an unofficial (of sorts) remaster, and we are absolutely stoked. We are of course talking about Half-Life 2. It first came out nearly 17 years ago and is still without a true sequel (we've turned blue holding our collective breath for Half-Life 3). But in the meantime, a remaster will have to do.
We are calling it an unofficial revamp because it is being worked on by the same community of modders responsible for the fan-made Half-Life 2: Update that came out in 2015. That updated build brought with it improved graphics with better lighting, a bunch of bug fixes, new particle effects and fog, and even a commentary mode. It's a free mod in Steam, with a "Very Positive" rating. 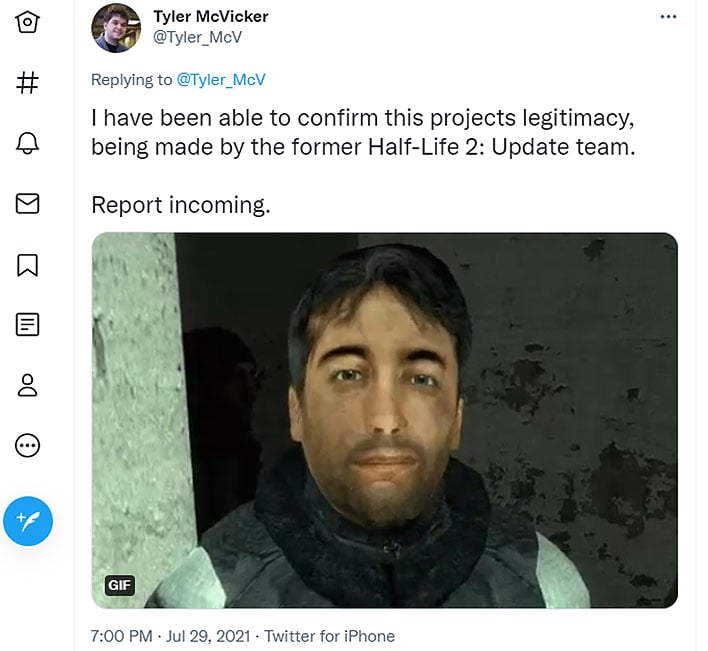 The same team has shifted its attention to the Half-Life 2: Remastered Collection project, and while not an official update, it apparently has Valve's blessing. Prominent leaker Tyler McVicker spotted the project in the Steam Database, and says he has been able to "confirm this project's legitimacy, being made by former Half-Life 2: Update coming."
To some extent, this has been known since last year. However, it appears the project is now more ambitious in nature, as it appears to cover the main game along with both episodic sequels, Half-Life 2: Episode One and Half-Life 2: Episode Two. Other than that, however, not a whole lot is known about this project, just that Half-Life 2: Remastered Collection is a Steam Database entry. However, McVicker says a more thorough report based on his information is coming.
Even though Valve is not behind this project, it has the potential to be another welcome release. Graphics have come a long way in the past several years. Who knows, the Remaster Collection might even inject some real-time ray tracing into the mix, for people who have the hardware to support it.
There's no release date mentioned, but you can be we'll be keeping our eyes on how this develops. In the meantime, if you own a VR headset, there's always the Half-Life: Alyx prequel to bide your time.