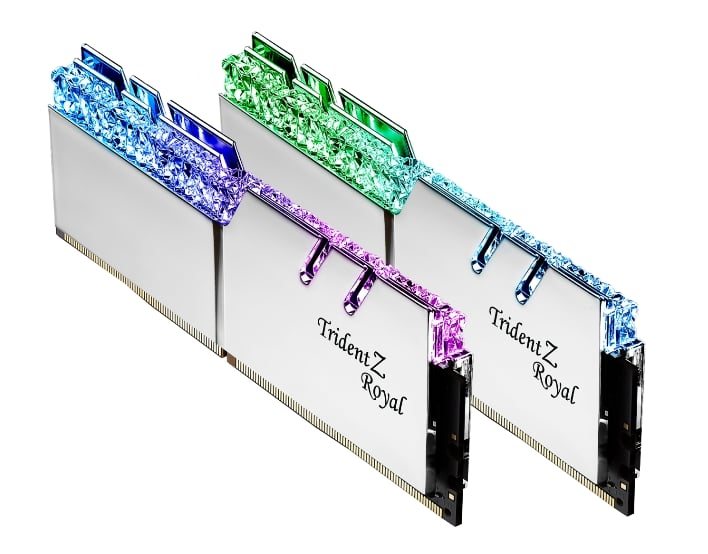 G.Skill has been on a roll when it comes to launching high-performance DDR4 memory kits for PC enthusiasts, and the company is ratcheting up speeds again for Intel's new Z490 Comet Lake-S platform. The modules are totally blinged out, of course, as they fit into G.Skill's Trident Z Royal family.

But the styling of the modules is secondary; let's talk performance. G.Skill is using Samsung B-die ICs for its 16GB modules to reach DDR4-4400 speeds with a latency of CL17-18-18-38. G.Skill is selling the modules in 32GB kits (2x16GB), as it opines "32GB memory total capacity becomes the standard for gaming PC and performance PC builds."

The company stress tested the 16GB modules using an MSI MPG Z490 Gaming motherboard paired up with a new Core i5-10600K Comet Lake-S processor. Not to be left out, Intel's Core i9-10900 processor was tested with the 32GB DDR4-4400 kit using an ASRock Z490 AQUA motherboard.

According to G.Skill its new 32GB and 16GB DDR4-4400 Trident Z Royal kits will be available to purchase worldwide from its retail partners starting in the third quarter.