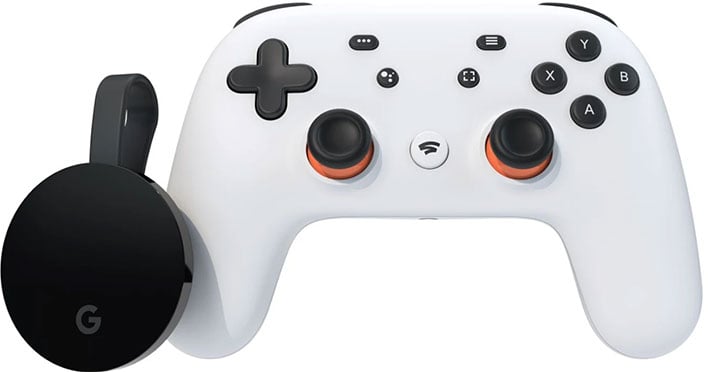 After all of the hype and anticipation—and there was plenty of both—Google's cloud gaming Stadia service has arrived, and some early adopters are pretty pissed at what has been delivered versus what was advertised. Part of it boils down to the usual growing pains, especially for a project this ambitious. Still, the annoyances are starting to pile up.
One of the big complaints has nothing to do with gameplay or performance, but missing access codes. Some of the people who preordered Stadia—a group referred to as founders, because they purchased the Stadia Founder's Edition—are still without their access codes days after the service launched.

"We're aware that some of you who pre-ordered Founder’s Edition may not have received your invite codes in the expected time-frame. The Stadia team is actively investigating this issue, and we’ll be back with an update as soon as possible. Thank you for your patience," Google stated in a Reddit thread.
Users were quick to pounce on Google for saying only "some" Stadia owners had been left in limbo, though Google held firm in a followup post.
"We're sorry for the delayed responses. We've identified an issue where a small fraction of Stadia access codes were sent out of order. That has been addressed. We've continued to roll out codes in the sequence in which we received your pre-order. We look forward to seeing you on Stadia," Google said.
The responses are not sitting well with some users. During an AMA session prior to Stadia's launch, Google hammered home that "Stadia IS NOT A BOX!" that users would receive their invite codes right after shipping their orders.
Part of the issue with the delay in receiving an invite code is that some users who jumped in early with the expectation of reserving a unique username may miss out.
It's not just about missing codes, though. Some early impressions have been mixed, but one thing that's clear is Google has completely solved the issue of latency and performance. Over at Forbes, Paul Tassi called the launch "a technical, conceptual disaster."
"I am genuinely amazed with how shockingly bad Stadia has performed at my home over the course of many sessions," Tassi wrote, while noting his internet connection is solid with wireless speeds between 200-350Mbps.

Here’s a Mortal Kombat Stadia cutscene recorded on my TV (sry for quality) so you can see the kind of stuttering and sync issues I’m talking about pic.twitter.com/OzmOPraZgh

Tassi complained of "periodic stuttering issues with massive resolution and frame drops." And he's not alone. Gene Park at The Washington Post dubbed Stadia "unplayable at times, magical in others," with "horrendous latency" plaguing the experience on a browser or 4K TV.
"Even walking in a straight line was a challenge in the otherwise lovely indie game Gylt, the console’s only exclusive title," Park wrote.
There's also the issue of several missing features at launch, such as achievements. Google will flip the switch on those and other items as time goes on, but in the early going, it seems Stadia is very much a work in progress rather than a finished product.