Google Stadia may not be the service we hoped it would be right out of the gate, but perhaps it will get there someday. Inching closer, Google has added a few more games and features to the mix, including Mortal Kombat 11: Aftermath, a "massive new story expansion, bringing tons of material to both single-player and multiplayer," and a new display option.
Starting with the games, Google has made available Jotun: Valhalla Edition available to purchase on Stadia for $14.99, as well as Sundered: Eldritch Edition for $19.99. Both of these are hand-drawn titles by developer and publisher Thunder Lotus Games. 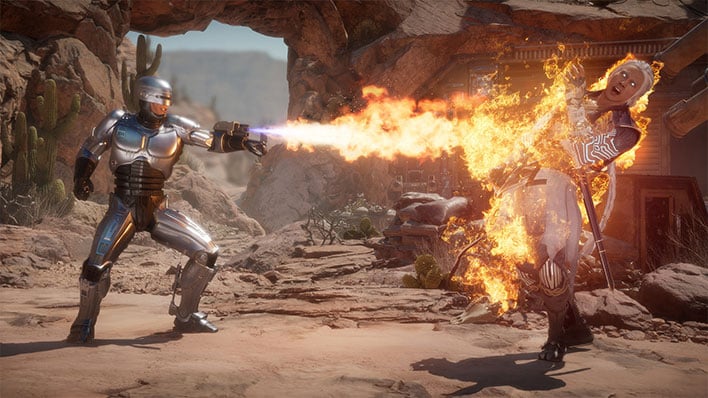 Mortal Kombat 11: Aftermath is also available, priced at $39.99 as just the expansion. However, if you don't already own MK11, you can purchase the game and expansion as a bundle for $59.99.
If you own The Crew 2, Google says you will be getting the Hobbies update for free today, with themed challenges and exclusive rewards. Otherwise, The Crew 2 is available for $49.99 on Stadia.
Google also announced that Ranked Mode for PUBG is now available on Stadia.
"Players can now choose to play under a different and more competitive set of rules, and all of the action will be tracked and rewarded. Ranked Mode games include 64 total players, no Red Zones, and a focus on making the best loot more readily available. For the ultimate competitive experience, no AI or bots will be featured in Ranked Mode play," Google says.
One word of note—Ranked Mode on Stadia is only available for players using a controller, Google says.
Finally, Google announced that The Elder Scrolls Online is coming to Stadia Pro on June 16. It will be available for free to Pro subscribers, and will include the Morrowind Chapter as free content.
Outside of these game additions, Google has added a 1440p display option on Chrome. This is part of the "Best visual quality," with players being able to stream at 1440p if they meet the requirements to play at 4K.