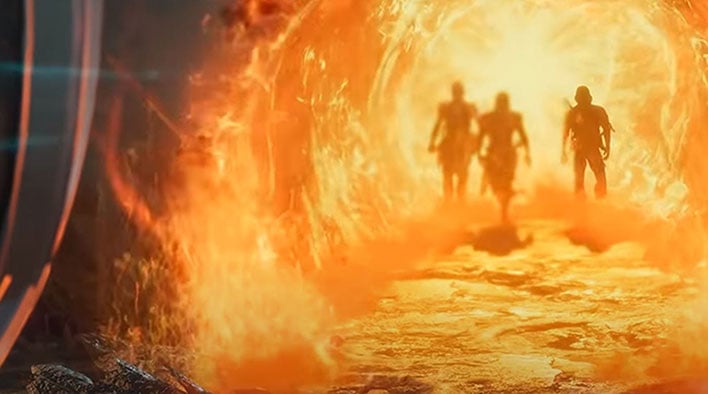 Mortal Kombat 11 was one of the best-selling games of 2019 and received mostly positive reviews from both critics and casual gamers. The game’s popularity was further bolstered by skin and character DLCs. It appears that NetherRealm Studios, the developers behind Mortal Kombat, are now focusing their attention on a storyline DLC. The developers recently released a teaser trailer that reveals that Shang Tsung will be an essential part of an upcoming Mortal Kombat 11 DLC.

Before we discuss the teaser trailer, we would like to warn readers that the following section contains a few spoilers from Mortal Kombat 11.

Mortal Kombat 11 ends with a confrontation between Liu Kang and Kronika, the Keeper of Time. In the "good" endings, Liu Kang kills Kronika before she can use the “Hourglass” to form a “New Era”. The game has three endings total, but the two “good” endings then end on a bit of a cliffhanger.


The new teaser trailer picks up where the game ends and features Raiden and Liu Kang. Raiden tells Liu Kang, “It falls upon you to architect a new history.” Liu Kang responds, “Then together, let us begin.” As Liu Kang starts his work, three shadowy figures emerge from a vortex. One firmly commends Liu Kang to stop before “you doom us all.” Raiden then notices that one of the figures is Shang Tsung. The trailer then breaks away from the scene and displays the words, “The Epic Saga Continues.”

Many are excited to see that Tsung may play a more significant role in the upcoming DLC than he did during the main gameplay of Mortal Kombat 11. Given the ending of Mortal Kombat 11, there is quite a bit of play room for the developers. However, it is important to note that this is simply a teaser trailer.The developers will reveal more on Wednesday, May 6th.