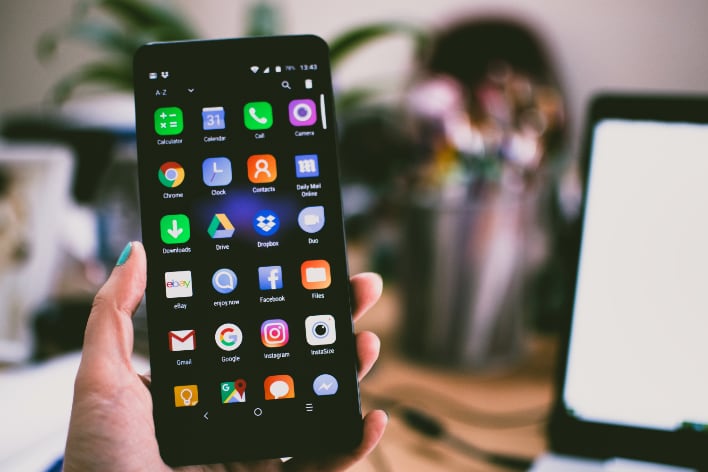 A new report has surfaced that claims Google is doing something rather dubious to help develop and advance its own apps. According to the report, Google has been collecting usage data on rival apps from Android phones under a project called Android Lockbox. Google has allegedly collected sensitive Android user data for use inside the company since at least 2013.

The report surfaced from The Information, and alleges that an internal team within Google tasked with tracking worldwide usage of first-party Google apps uses the Lockbox data on third-party apps to show executives how Google's apps are competing against rivals. Google often accesses the Lockbox information in preparation to roll out competitive apps, and the report claims that the data was used earlier this year in India when Google planned to roll out a competitor to TikTok.

The data is collected through Google Mobile Services, which includes first-party apps like Chrome, Gmail, Google Drive, and Google Maps. Those apps are all pre-installed on most Android devices. Google did respond to The Information's report confirming that it does access usage data of other Android developer's apps, but through an API that has also been available to third-party developers since 2014. That API reportedly grants developers access to information about the phones their apps are installed on.

Google claims the API doesn't obtain any information about a user's in-app activity and says that its collection of data is disclosed to and controllable by users. Google has been in hot water in recent months and is currently under investigation by multiple entities for possible anti-competitive practices. Agencies investigating Google include the DOJ and various State attorney's general. This report is likely to stir up new trouble for Google.

In other Android news, two dozen Android apps were booted from the Play Store for stealing user data early this month. Google continues to fight a battle against the various apps out to steal private user information. The irony is this new report suggests that Google may be doing the same thing.