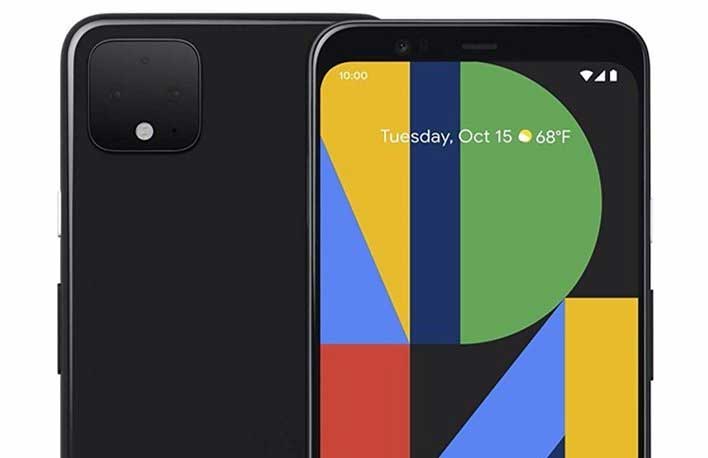 Anyone waiting on the Google Pixel 4 to go on sale doesn't have much time left as the device was recently discontinued. Retailers are offering substantial discounts on the Pixel 4 to move stock with Amazon, Best Buy, and B&H Photo offering $250 to $300 discounts on the smartphone. While that's not the lowest price we've ever seen, $250 off a solid phone is nothing to sneeze at.

At Best Buy, the Google Pixel 4 64 GB smartphone is normally $799.99. It's currently available with a $300 discount bringing the purchase price to $499.99. The device is unlocked and offered in Clearly White or Just Black for the same price. Buyers are required to activate the smartphone via Best Buy at purchase. Choosing to activate later adds a bit to the price, bringing it to $549.99. The 128 GB Pixel 4 is also on sale with the same discount making its price $599.99.

The last of the major online retailers offering significant discounts on the smartphone is Amazon. It's offering a Pixel 4 64 GB in Just Black with a $249.01 discount bringing the purchase price to $549.99 with free Prime shipping. The regular price for the device at Amazon is $799. Amazon also has the Clearly White and Oh So Orange versions, but as of writing, they aren't on sale. Amazon isn't discounting the 128 GB Pixel 4 or the Pixel 4 XL.

Google announced a couple of days ago that it was discontinuing the Pixel 4 and Pixel 4 XL early after announcing the impending arrival of the Pixel 5. It's possible we could see more significant discounts down the road, but it's also possible the Pixel 4 could sell out before then given that production has wrapped up.