In 2018, Google launched the Android App Bundle, a new publishing format that “offers a more efficient way to build and release” an app. Since then, Android developers worldwide, like those at Adobe, Duolingo, Netflix, and Twitter, have taken advantage of this with approximately 1 million different apps. Now, Google wants to bring the benefits of the AAB to more users while modernizing Android app distribution by requiring new apps to use the AAB in August 2021.

Announced on the Android Developers Google blog yesterday, APKs or Android Application Packages will be phased out as the standard publishing format over time in favor of the new AABs. With this change, AABs will allow apps to be on average 15% smaller than a universal APK. Furthermore, AABs improve on security, feature delivery, and asset delivery for the end-user, making the app experience better overall. 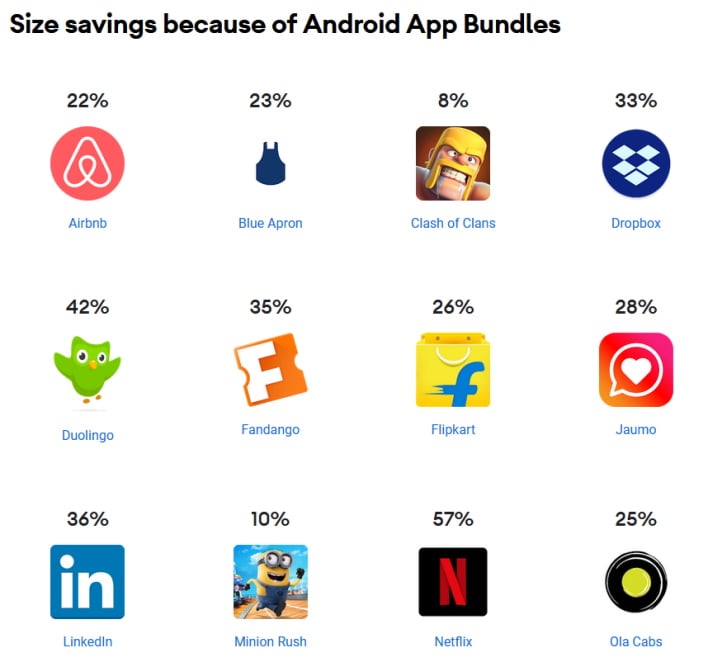 Google further explains that when it comes to switching to this format, “very little work is required to build an AAB instead of an APK.” It mostly comes down to selecting a different option when building an app through “Android Studio, Gradle, Bazel, Buck, Cocos Creator, Unity, Unreal Engine, and other engines.”

While much of this may seem like mumbo-jumbo to many, it is a simple change that aims to make the Google Play experience better for everyone. Updates will be smaller and smoother, and developers should end up with more granular control over app delivery, a win-win across the board.