Google is launching a new thermostat for home users, and it's the company's cheapest offering yet. Nest revolutionized what was seemingly a stagnant and rather boring market when it launched its original Learning Thermostat back in 2011, and Google clearly saw the potential when it bought the company in 2014. Nest has been fully absorbed into Google now, and the expansion of the Nest-branded family continues with the arrive of the newest Nest Thermostat. 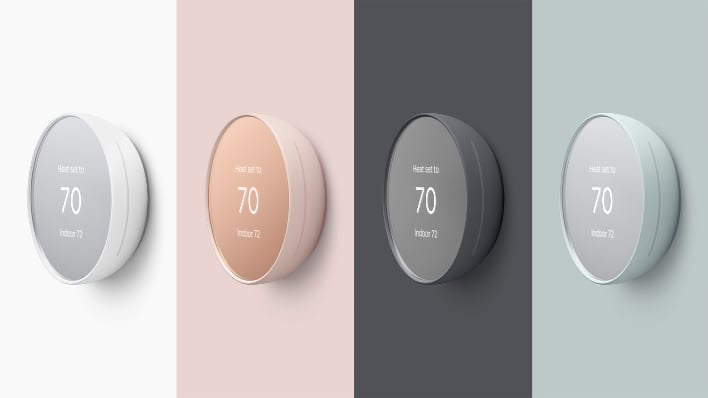 On the design front, the round display has a mirrored finish that blends in with your room -- the UI then springs to life within the mirror when you're interacting with it. And if you're familiar with Nest and Pixel hardware devices, the thermostat’s "soft" colors should look familiar to you: Snow, Charcoal, Sand, and Fog. So, you'll be able to color match your Thermostat with other Google devices in your home like the new Nest Audio or the Nest Hub and Nest Hub Max.

While the overall shape should be familiar to those who've followed Nest thermostats over the years, one big change has been made with how you actually control it. Previous thermostats relied on the external round housing as a dial that you would use to navigate the UI and manually adjust temperatures. However, the new Nest Thermostat makes use of Project Soli gesture technology that Google introduced with the Pixel 4 and Pixel 4 XL (and later abandoned with the Pixel 5). 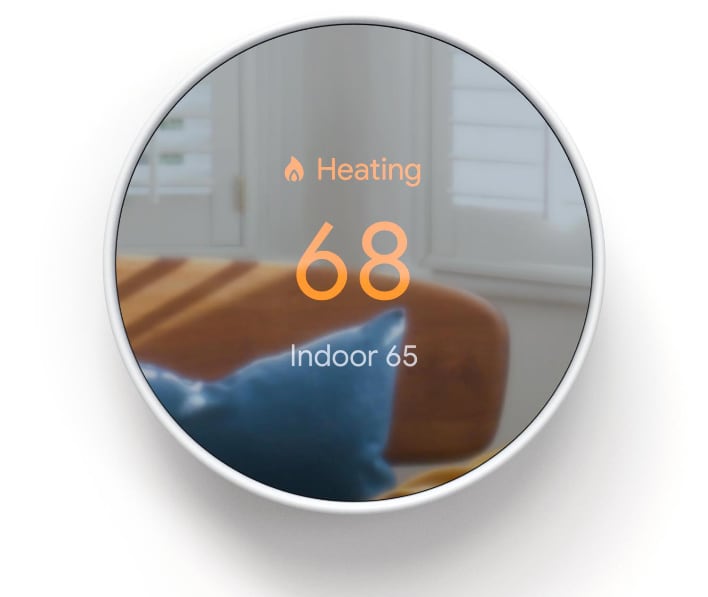 This Project Soli hardware is used to detect when you are in close proximity to the thermostat, after which it will light up the UI. When it comes to actually interacting with the UI and changing temperatures, there's a touch sensitive strip on the right side of the Nest Thermostat that can be used. You can swipe and tap the strip, which removes a failure point from the rotating dial and button press operation of previous thermostats. This would also help explain the lower price point as well.

Thermostats aren't exactly something that people are clamoring to upgrade on a frequent basis, and if you already have a Nest thermostat installed in your home, chances are that this one won't move the needle for you. Nest thermostats are pretty much "set and forget" once they learn your daily routine, and this will be no different. But for those that are new to the fold, or are looking to replace an old "dumb" thermostat, this might be just the ticket for homeowners thanks to its low price tag and flashy design.

Google is currently taking preorders for the new Nest Thermostat, and it’s said to begin shipping within the coming weeks.