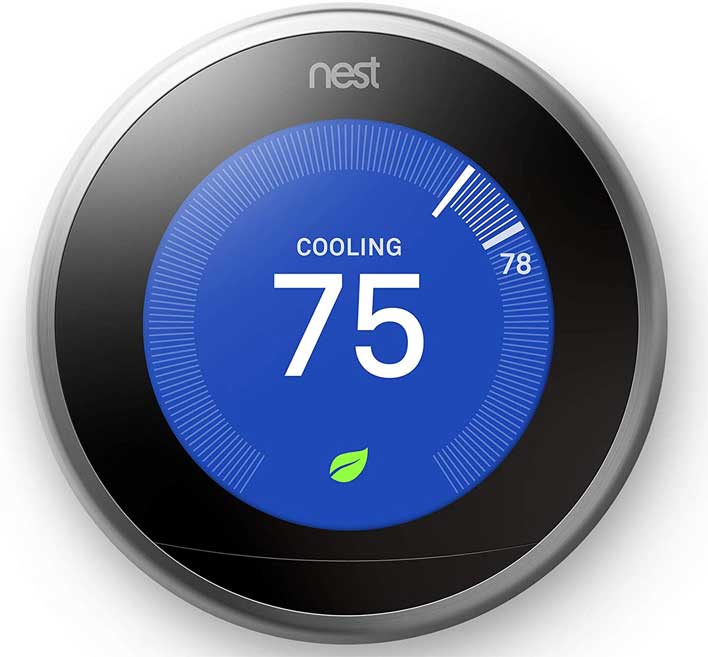 Google has announced that it will be making its Nest Thermostat smarter by adding new features to the device. Specifically, it has begun testing a new feature that is designed to alert homeowners to issues with the heating and cooling system. The feature will learn how to identify unusual patterns related to the HVAC system in the home and alert the owner to potential issues.

HVAC alerts are based on information like the thermostat's historical data and current weather. The thermostat will detect patterns that might indicate something is wrong, such as the heating system taking longer to heat the home than usual. That could indicate an issue even if the homeowner hasn't noticed the problem. If the Nest device notices a potential issue, it will send an email alert telling the homeowner what the device noticed and which system between heating and cooling may have a problem. Google admits there will be issues that the thermostat doesn't catch, but over time, and with user feedback, the device will get smarter and better at detecting more problems.

When the user receives an HVAC email alert, Google knows they may want an HVAC pro to take a look at the system. Google says that if a Nest pro installed your thermostat, their information may be on the Nest thermostat. As part of the feature test, Nest is partnering with Handy, which is a platform that connects qualified professionals with customers who need service.

The goal is to make it easier to find and book a HVAC professional. Initially, the booking service will be available in over 20 metro areas, including Atlanta, Boston, Denver, Las Vegas, and San Diego. During the test period, the offering will expand to other areas. Nest users need to sign up to get their Nest Home Report to receive the new HVAC alerts.