According to Google, over 1 billion kilometers (621371189mi) are traveled every day with Google Maps. Subsequently, a whole load of aggregate location data is collected. While this feature has been manipulated, it generally provides data on what traffic looks like immediately. Immediate information, however, does not help you plan a route when things can change spontaneously.

As Google states, the gap between now and the future of traffic problems is where the AI becomes essential. Google Maps analyzes historic traffic patterns and data over time. The example they use is that “one pattern may show that the 280 freeway in Northern California typically has vehicles traveling at a speed of 65mph between 6-7 am, but only at 15-20mph in the late afternoon.” Using information like that with live data and inserting it into machine learning, you can generate traffic predictions. 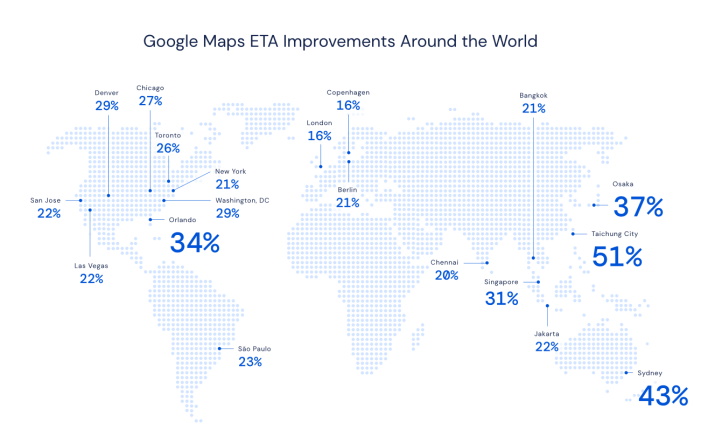 The AI Google Maps is using is their in-business AI, Deep Mind, from Alphabet research labs. Google claims their traffic predictions are accurate for around 97% of trips, and with this new partnership, they can increase that number. As traffic patterns can change, such as with the COVID-19 pandemic, so too can the AI, as it is now trained to be more flexible and adaptable for change.Thus, you can be rerouted around issues knowing that the AI is always learning and adapting.


Pairing AI, live data, and user feedback, Google Maps is looking to make everyone’s commute that much easier. As Google eloquently puts it, “Predicting traffic and determining routes is incredibly complex—and we'll keep working on tools and technology to keep you out of gridlock, and on a route that's as safe and efficient as possible.”