In late June, Google began the phaseout of Android Application Packages (APKs) in favor of Android Application Bundles (AABs). With these changes and improvements for developers, the Mountain View-based company is now introducing the Android Game Development Kit (AGDK), “a full range of tools and libraries to help you develop, optimize, and deliver high quality Android games.”

Announced yesterday, the AGDK has three key pillars: it is built for game development around C or C++ APIs with performance in mind, cross-compatible across Android versions, and backward compatible, when possible, with future Android platform updates. Furthermore, the developers behind the ADGK are “focusing on covering three major areas where we heard a lot of feedback from [the] developer community: Integrated workflows, C/C++ game libraries, and performance optimization.” 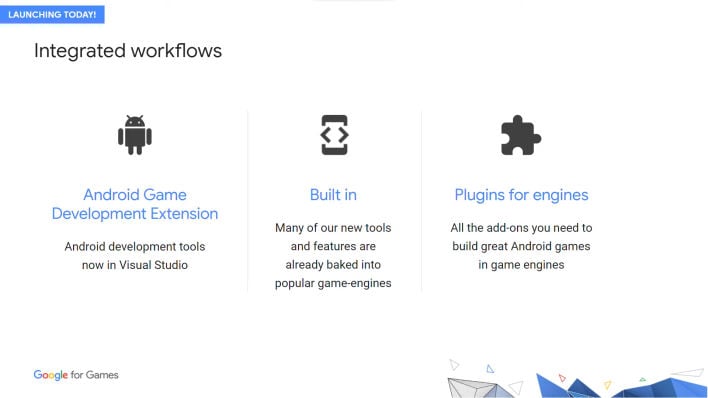 If you are developing a game, switching between programs can be a waste of time, so the AGDK is facilitating the ability to stick to a single IDE (Integrated Development Environment). In the future, there will be plugins and extensions for Unity and Visual Studio, two quite popular development tools. Moreover, the development team will be working with “some of the most popular game engine developers to integrate [their] tools and libraries directly, so you can benefit from enhanced performance and stability without needing to make any changes.” 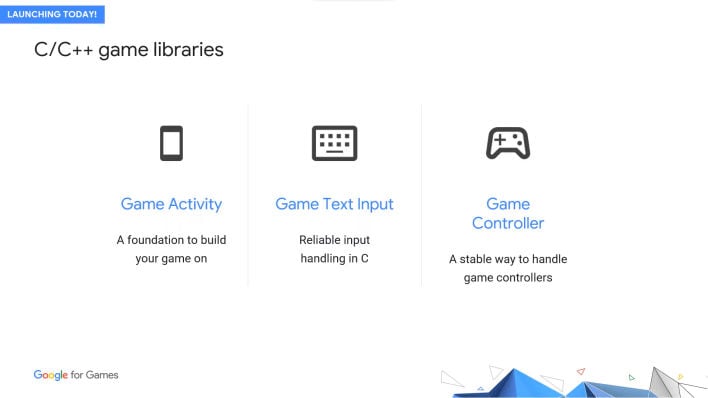 Typically, Android development usually requires the Java programming language, whereas game libraries and engines are built using C/C++. However, the AGDK bridges this gap by “providing C game libraries that minimize the use of the Java Programming language and JNI.” This will include game activity, game text input, and game controller libraries, with hopefully many more to come. 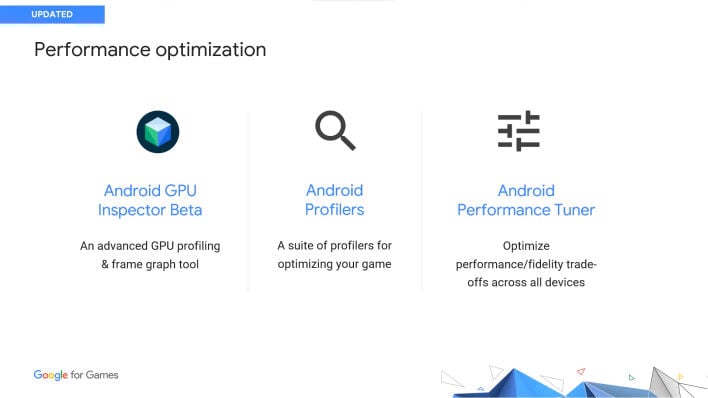 Finally, the team behind the AGDK is also focusing on performance optimization to “help you find any stability or performance issues before launch and monitor your game post-launch to catch any issues.” Between a major update to the Android GPU inspector, telemetry gained through the Android Performance Tuner, and system profiler to find inefficiencies, developers’ work in optimization should be straightforward.

There is something there for every developer, so the AGDK should prove to be incredibly useful. If you want to find out more about how the Android Game Development Kit can help you to “develop, optimize, launch, and iterate on high quality Android games,” you can read more here.