Google does not want you worrying about a little gap that might exist between the display and the casing of your Pixel 5 smartphone. It's fine, everything is fine. No, really (not like the meme, where everything is clearly not fine). According to Google, the gap is a "normal part of the design" and does not compromise the Pixel 5's dust and water protection.
The Pixel 5 launched last month, and is truly a good phone in our experience. In our review of the Pixel 5, we found it to be refined and feature-rich, with some caveats (great camera, beautiful display, and solid battery life on the plus side, and expensive, middling speakers, and no larger size Pixel 5 XL variant rounding out the list of negatives).
However, since launching, some users have reported a gap between the display and chassis, and posted pictures online. Here is one of them... 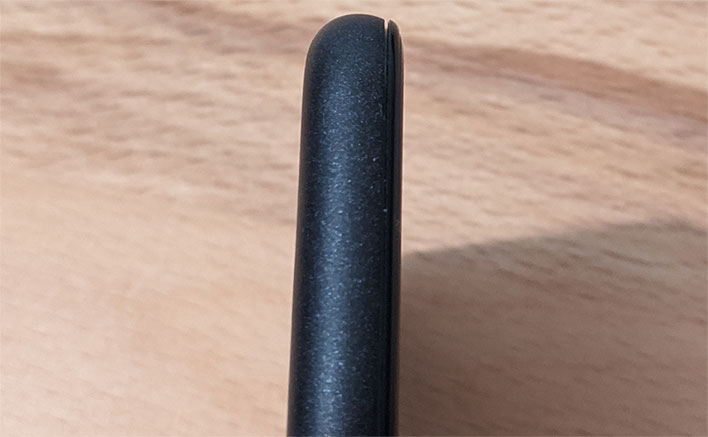 The above photo was posted by Florian Brauchle in a support thread on Google's community forums. There are several other photos by other people showing a similar gap in the upper-corner(s). The concern is that this could let water and dust into the phone, and obviously that would be a bad thing. But as far as Google is concerned, you have nothing to worry about.
"We’ve had a chance to investigate units from customers and, combined with our quality control data from the factory, we can confirm that the variation in the clearance between the body and the display is a normal part of the design of your Pixel 5. There is no effect on the water and dust resistance or functionality of your phone. We will work with customers on an individual basis to address any concerns they may have," Google community specialist David Pop stated.
It seems like Google is willing to work with customers on a case-by-case basis to replace their handsets, if they are concerned about the gap. However, that doesn't necessarily mean the replacement model will be any better. In the same thread, a user said they received a replacement and it has "exactly the same issue."
Others who chimed in expressed their anger over Google's conclusion.
"So you're telling me that this $700 phone was designed to have asymmetrical separation between the body and screen on random units? This is the type of spin I would expect from Bethesda, not Google," a user replied.
Another person called it an "incredibly dishonest response," while another claimed that contrary to Google's statement, they find their self "having to clear out dust constantly from that corner gap but none of the other corners."
It's also weird that not all phones have the gap, so it would seem there is more here than just a normal design. But for now, Google is standing by its statement.