Is Google Assistant not responding to your voice? Are your Google apps constantly crashing? The most recent Google app update may be to blame. Android users have been plagued by a wide variety of issues since Google rolled out the 12.23.16.23 update yesterday.

The issues are impacting users regardless of their device and are evident in many of the features connected with the Google apps. Google Assistant is ignoring voice commands, Android Auto is not working for many users, and features like Google Search and Google Lens are crashing. Ironically, one of the features of the latest update was the ability to “use voice commands while navigating- even when your device has no connection.” The problems appear to be specific to this update, despite not appearing in the beta. Those who already have the 12.24 beta have stated that they are not affected by the same problems. 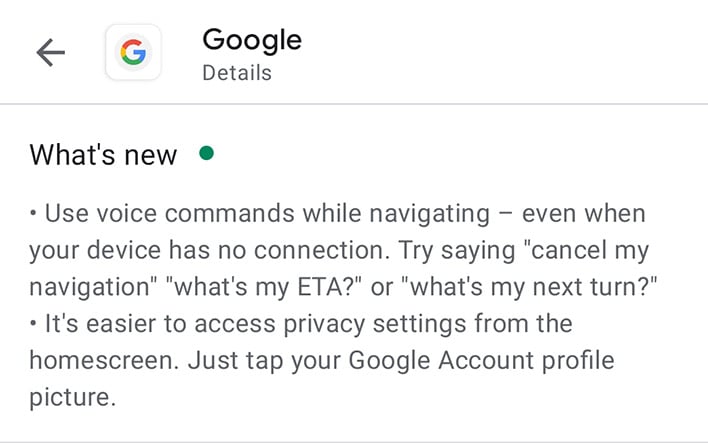 At the moment, Google has not yet acknowledged the issues. They did suggest to one person via Twitter that users try a soft reboot if they are experiencing problems. However, others have needed to resort to more drastic measures. Many have recommended uninstalling the new update altogether if you have it and disabling auto-updates if you have not yet received it. This can be done by clicking on the “App” section under Settings on one’s device. One could also try to clear their cache and data to see if that resolves the problem. Another user noted that they had no issues when they downloaded items like the individual Google Assistant app separately.

The uninstall method is unfortunately an inconvenient solution. Users who choose to uninstall the update should avoid reinstalling it until Google has provided some form of solution. Those who uninstall the app should also know that they will lose any downloaded Podcasts and will need to set-up Google Assistant.