Were you having issues accessing apps like your Gmail on your Android device yesterday? If so, you were not alone. An issue with Android System WebView was recently causing various apps to crash. Fortunately, the problem has since been formally resolved by Google and updates are available.
Android System WebView comes preinstalled on Android devices and permits apps to show webpages. It is updated fairly regularly and does not typically cause a lot of problems. Most users probably do not give it too much thought.

Many users reported yesterday that several apps, including Gmail, Outlook, and Amazon Shopping, were crashing on their various Android devices. Users were at first puzzled by why the the apps were crashing on so many different kinds of devices and why so many apps were impacted. However, it soon became clear that an issue with an update of Android System WebView was the source of their frustrations. The crashes continued for over seven hours in total and the problem was acknowledged by Google yesterday evening. 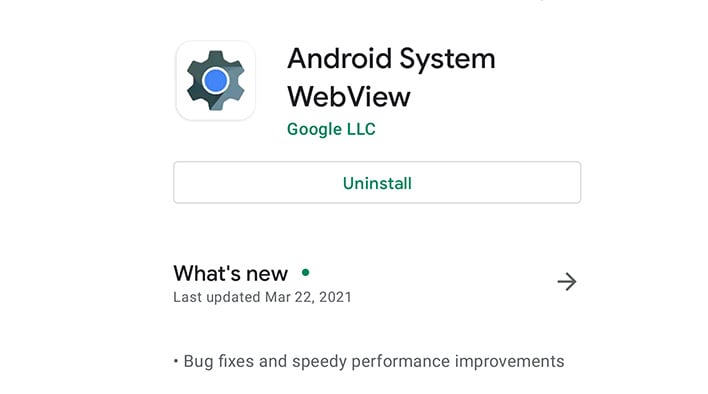 This kind of problem would be exasperating no matter the conditions, but was particularly annoying given that so many people are working at home and from their mobile devices. Users quickly found a few temporary solutions to regain access to their apps. Some users resorted to completing disabling and uninstalling Android System WebView from their devices. The quick fix appears to have worked and users were able to resume using their apps. This temporary solution was even recommended by Samsung Support US twitter account and other sources. Google instead suggested that users stick to their desktops until a more official fix was available.
The problem has since been resolved and Google has stated that, “Updating Android System WebView and Google Chrome via Google Play should now resolve the issue.” The latest update to Android System WebView claims to provide “bug fixes and speedy performance improvements” while the Google Chrome app update also offers better performance and “stability.” You will know you have successfully updated the Android System WebView app if you are on version 89.0.4389.105. You should no longer need to disable or uninstall any apps on your device.