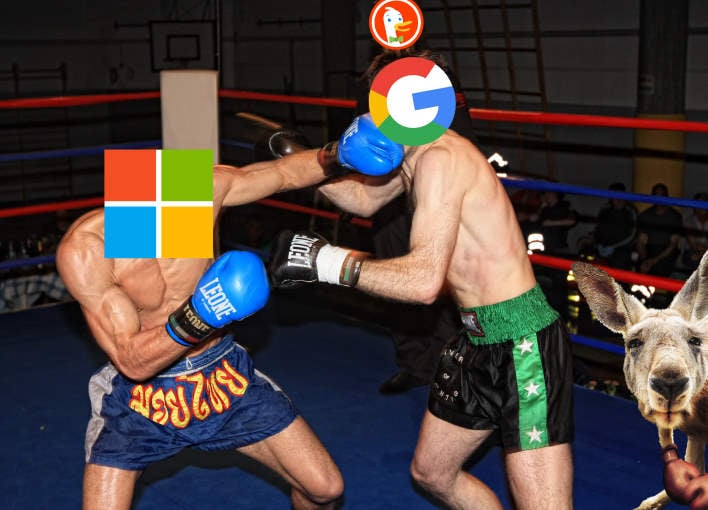 In January, Google threatened to disable its search engine in Australia if legislation passed a proposed law. This law would have made it so digital companies would have had to pay media and publishing companies (like HotHardware) for aggregating news content. We are now starting to see major players in Tech take sides, with Google holding steady against the legislation and Microsoft backing up media companies and publishers.

Yesterday, Brad Smith, President of Microsoft, penned a lengthy blog post explaining that Microsoft would remain in Australia if the proposed law was passed. In short, the company is fully in support of paying media and publishing companies for news content as that is how Microsoft Bing itself grew. It would not make sense not to give back to the companies with whom Bing and other search engines were built. Moreover, and not something that was articulated in Smith's post, it is simply good business for Microsoft if Google pulls out of Australia.

The same day, Google made a rebuttal blog post, firing some shots across the rival's bow. Kent Walker, SVP of Global Affairs at Google, opened by stating that “Microsoft’s take on Australia’s proposed law is unsurprising — of course they'd be eager to impose an unworkable levy on a rival and increase their market share.” That does not make sense because if it were unworkable, Microsoft would not fully agree and support it. In any case, Walker continues, explaining that Google is fine to pay news organizations, and specifically, the issue is not “whether companies pay to support quality content; the issue is how.” Elsewhere in Google's blog, the company elaborates it has problems with being forced to “pay to provide links to news businesses’ sites.” This ultimately reads like a convoluted way of stating that Google does not want to pay news media, so Google’s position moving forward is somewhat unclear.

Regardless, it will be interesting to see how this plays out, as the outcome will have global effects on independent journalism like you're reading here at HotHardware, as well as news aggregators. In any case, whatever side you line up with, we are likely to see more shots fired in the coming days and weeks, as discussion and debate continues, so keep an eye out here at HH for updates. Also, let us know what you think of the situation in the comments below.