Many users have reported encountering this issue, including at least one person using an NVIDIA Shield TV. The flaw deletes the entire "Home" inside the Google Home app. That means de-authorizing the single device has the potential to de-link every light, camera, speaker, and other devices tied to the account. While replacing an entire set up is a hassle, it can be done by running through the setup process again. 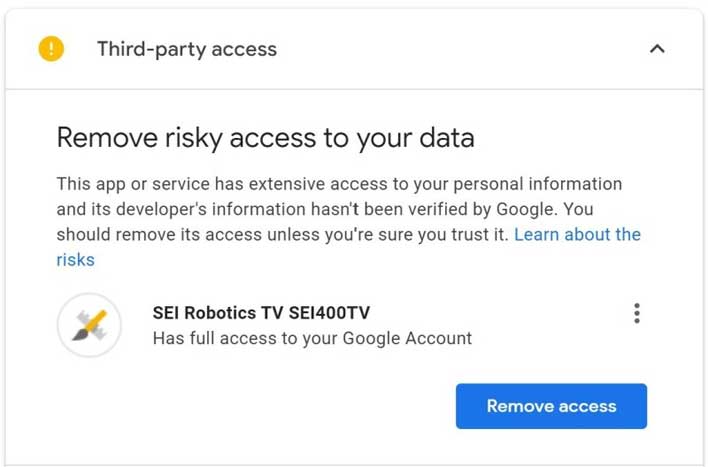 Some users have been greeted with the warning message seen above. Google issued a statement confirming that it was aware of a bug that was triggering a security alert for users to unlink their Google account with certain Assistant devices. Google says that a fix has been rolled out for the issue and notes this is not a security vulnerability, and user data is not at risk. Reports indicate that while the erroneous warning message has been fixed, revoking access to some Google Assistant devices is still able to de-link Nest devices, and others, from their account. Google says that it is working on a fix for that issue.

In other Nest news, Google teased a new Nest smart speaker that would replace the old Google Home speaker this month.