Have you ever gotten that e-mail that says, "Your order has been shipped," but it provided no additional information? Or worse yet, you're given a tracking number, but the shipping company has no record of that tracking number existing. It's frustrating for sure, but Google is releasing a new GMail feature that will hopefully help alleviate that frustration.

Yes, we are in what shipping and retailers call "peak season," for the impending holidays. As such, there will be thousands of sales on amazing tech products and gifts. After a purchase you might be wondering just where that product you just dropped your hard-earned cash on might be, and you might want that information in a quick convenient place. 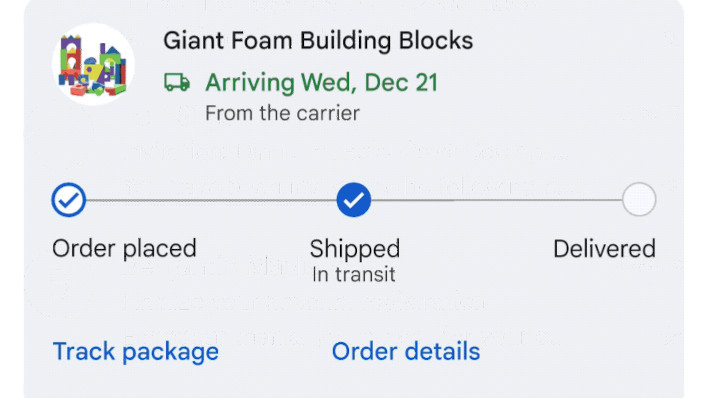 Image of what package tracking in GMail looks like.


Thanks to that nifty new feature, the GMail interface now detects if a message has a tracking number and then displays information from the appropriate carrier directly at the top of the message. So you might go searching for the order or name of the product, find it in your inbox, and voila, you know right away, assuming it actually has traveled anywhere from the warehouse and been scanned in at any other point in its travels.

The feature, if opted-in, will provide details such as "Label created," "Arriving tomorrow," or "Delivered today." That opt-in can be set up so you can view these pieces of information either directly from the GMail app, or from GMail on the web. Google has also stated in its blog, that in coming months they will also be working in automation of notifications if a package you have ordered has been delayed due to external factors. 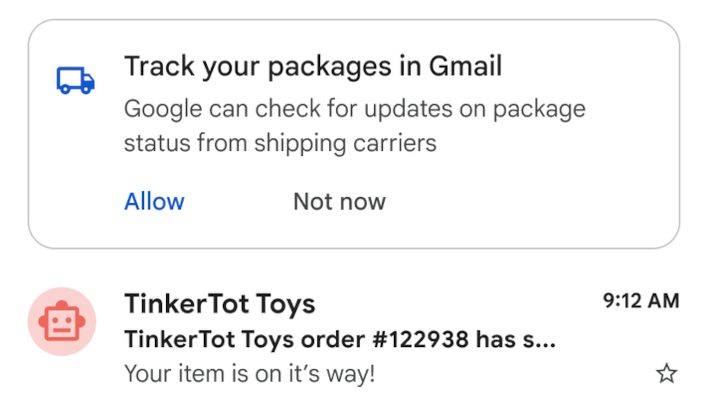 Screenshot of opt-in screen for package tracking in GMail.

To enable the feature is simple and relatively automatic. The GMail interface, at least on mobile according to imagery from Google, will display an option at the top of your inbox once the feature is available. It will ask if you want to track your package from within GMail. At this time you can choose to allow Google to handle that service and you will start seeing these new features begin to appear all on their own. Currently the feature is only available for US shipping carriers, though it likely won't be long for international options appear.