We have just one more day to go before NVIDIA releases its GeForce RTX 3060 to retail, which will be the most affordable version of Ampere thus far. Well, provided retailers and NVIDIA's add-in-board (AIB) partners stick to the MSRP, or thereabouts. As it pertains to the latter, Gigabyte has introduced an Aorus GeForce RTX 3060 Elite graphics card in the mold of its "Neonpunk" design language.
What exactly is Neonpunk, in the eyes of Gigabyte? Straight from the horse's mouth, "Neonpunk style emanates in the darkness from the glimmer of high quality metals, showcasing futuristic aesthetics in the darkness of the night. The new era of esports has arrived." So, um, make of that what you will.
It is a stylish card from what we can tell from the press renders, and from our vantage point, Gigabyte's Neonpunk design language essentially amounts to RGB lighting with perhaps some specific preset themes available. For what it's worth, Gigabyte has used the term before. For example, the same quote is attached to its Aorus K1 mechanical gaming keyboard. 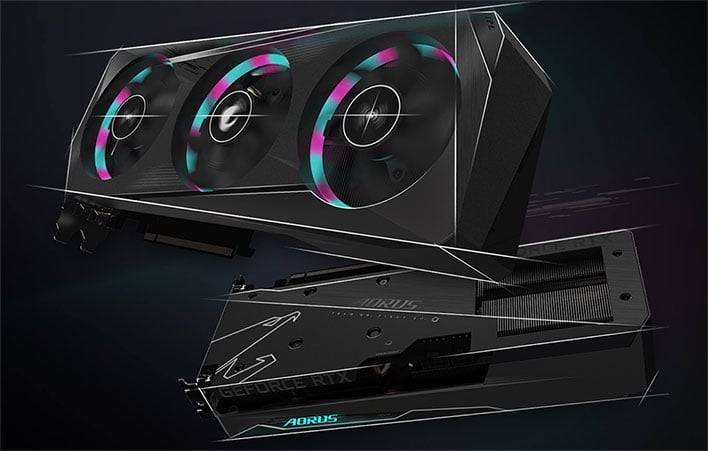 Semantics aside, what we have here is a rather nice looking GeForce RTX 3060 Elite with some sharp lines and brushed metal accents. It sports a custom cooling job provided by Gigabyte's Windforce 3X cooling system. This entails a trio of alternate spinning 80mm fans with unique fan blades, with Gigabyte explaining that "the airflow is split by the triangular fan edge, and guided smoothly through the 3D stripe curve on the fan surface".
The cooler also employs pure copper heat pipes with a shape that enables making direct contact with the GPU, for better heat dissipation, and an extended heatsink area. 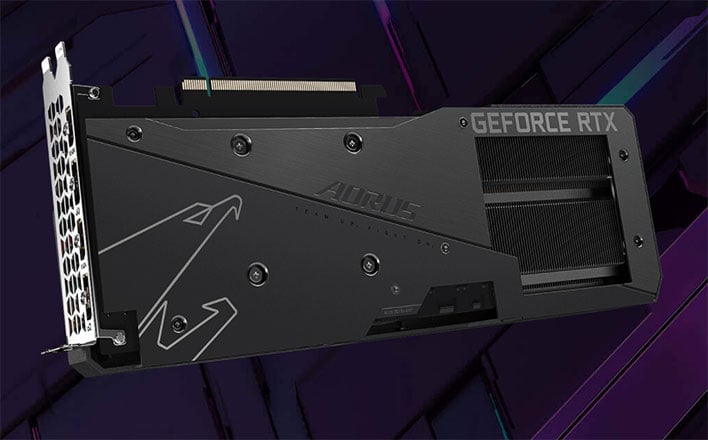 Other features include a metal back plate for durability (and aesthetic appeal), a dual BIOS setup to switch between OC (default) and silent running modes, and LED power indicators to alert users when there is an "power supply abnormality."
While this is a factory overclocked model, Gigabyte has not yet specified how much of an overclock it will provide. For reference, NVIDIA's stock settings call for the GPU to run at a 1.32GHz base clock and 1.78GHz boost clock. The card also features 12GB of GDDR6 memory and a 192-bit memory bus.
The GeForce RTX 3060 launches tomorrow for $329. Gigabyte's custom cooled and factory overclocked model will undoubtedly carry a higher price tag.