The Second Annual Meta Quest Gaming Showcase that took place this week showed off a lot of really cool entries, but one game in particular displayed something strange in the neighborhood. That's right Ghostbusters VR!


Ghostbusters video games have a history almost as long as the popular Sony subsidiary film franchise, Columbia Pictures. The first in the long line being The Real Ghostbusters, an arcade game based on the animated series of the same name. Later it was ported to home PCs like the Amiga and Commodore 64. In fact, there has been at least one new Ghostbusters game release for just about every major games console in the past 35 years. That's pretty impressive for a movie franchise with four films in it. We're here to talk about the newest announcement in the Ghostbusters franchise though.
Official Ghostbusters VR YouTube Trailer
Currently titled Ghostbusters VR, the new game by the developers who brought us FarCry VR, nDreams takes the franchise across the country from the east coast to the west planting itself squarely in San Francisco. The official website has limited information, but it does say that you can play solo or co-op and wield "iconic equipment." The trailer included only shows the P.K.E. Meter and Proton pack, though. At least for now—it is only one minute long, after all.


Let's address the 35 foot, 600 pound twinkie in the room. This title is very cool but for the time being it does look like this is a Meta Quest 2 exclusive. That is definitely at least a little disappointing for anyone wishing to don their proton packs and hunt ghosts with Ghostbusters equipment who opted to go with just about any other VR equipment that does not support the Meta ecosystem. There is no official release date as of yet, but people interested in the title are encouraged to wishlist it via the Meta store. 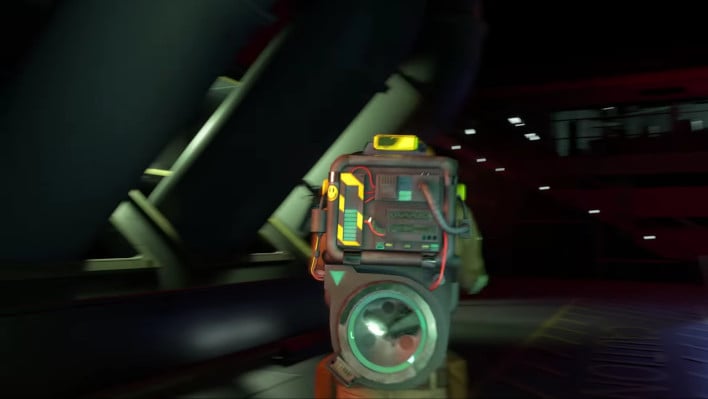 Screen Capture of Proton Pack from Ghostbusters VR Trailer
Ghostbusters VR is far from the only exciting new VR game the Meta Quest event showcased. Adding to that exciting news includes updates to Resident Evil 4 VR, a new Walking Dead VR game, an official Among Us VR titles, and a Cities Skylines game simply named Cities VR. You can check out all of the announcements from Meta's event via the official blog post.