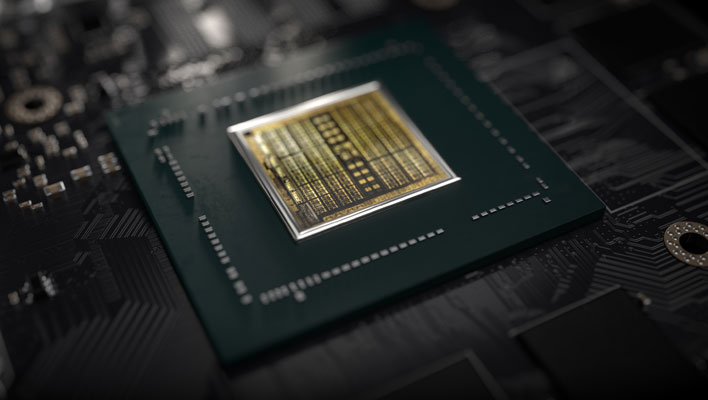 It may have taken a few years, but at long last, NVIDIA last week launched its GeForce NOW game streaming service to the public at large. Somewhat similar to Google Stadia, GeForce NOW is a cloud-based game streaming service. NVIDIA has been mum on the specific hardware specifications that power GeForce NOW, though a few recent leaks strongly suggest it is run by an Intel CC150 CPU and GeForce RTX T10-8 GPU.
Neither of those are common parts found in the consumer space, so looking at the model names alone, there is no way to discern the level of power they provide (outside of the "RTX" designation, which indicates dedicated RT hardware for real-time ray tracing, and Tensor Cores). Fortunately, this latest round of leaks provide some interesting details.
A tip of the hat goes to Twitter user APISAK, a prominent leaker who drew attention to the likely GeForce NOW hardware. It starts with a look at this interesting Geekbench entry... 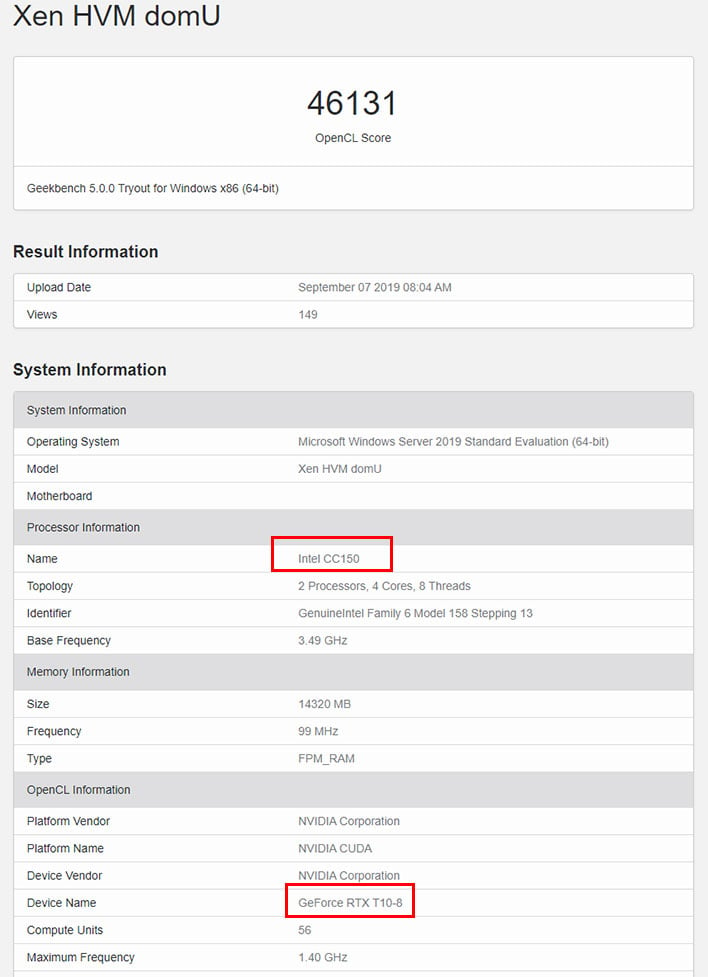 Starting with the CPU, the top of the listing references an Intel CC150 part. This is shown as being "2 processors" with 4 cores and 8 threads of computing muscle. Past leaks point to the CC150 CPU being an 8-core/16-thread CPU, though in this case, it's shown running in an Xen HVM hypervisor environment. Bearing in mind that this is all unofficial information, this likely means the HVM is spreading out the CC150's raw resources over two instances.
Extrapolated further, this implies that GeForce NOW gamers are tapping into 4 cores and 8 threads on each shared Intel CC150 node. According to the database entry, it is running at 3.5GHz.

What about the GPU? The above leak references a GeForce RTX T10-8 GPU, which is interesting. However, APISAK did us one better by also pointing to a separate Ashes of the Singularity database entry. Have a look... 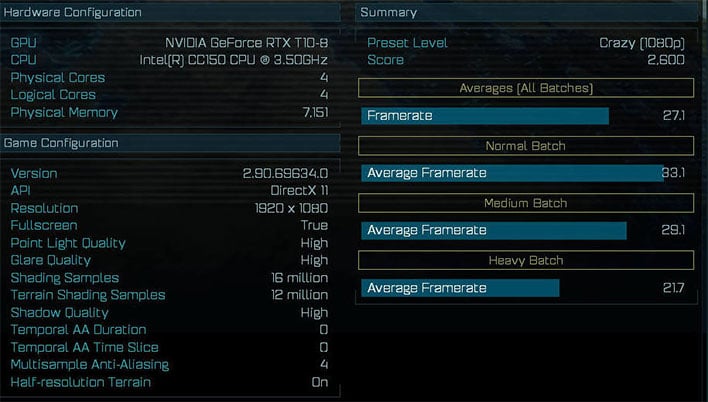 Here again we see an Intel CC150 CPU clocked at 3.5GHz paired with a GeForce RTX T10-8 GPU. Working in tandem, this CPU+GPU duo punches out a score of 2,600 at the "Crazy (1080p)" preset. Average framerates for all batches only check in at 27.1 frames per second, so that is not super impressive.
It's all about context, though, and GeForce NOW is a cloud service built on sharing resources. And if we direct our attention back to the Geekbench listing with an OpenCL score of 46,131, things look a bit better. Here is a look at current OpenCL scores... 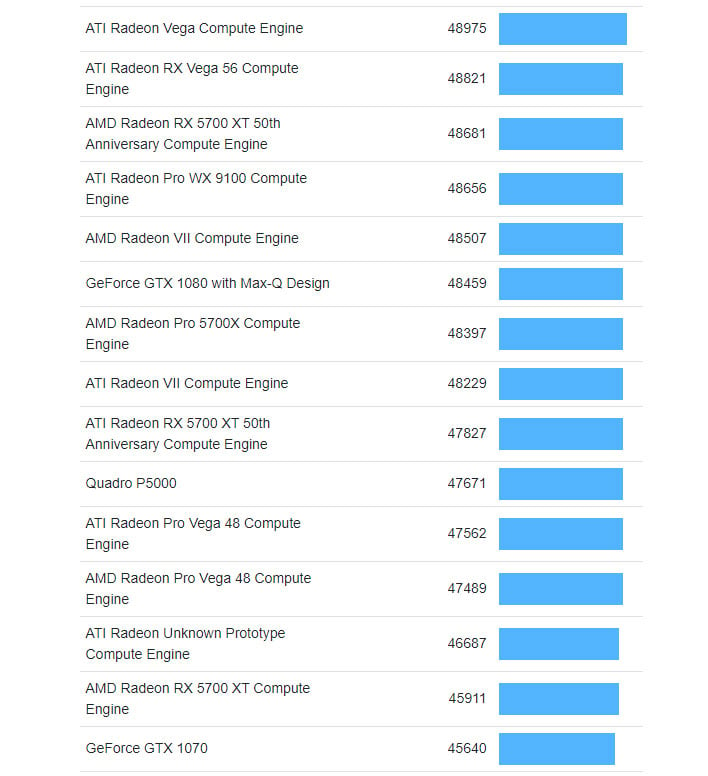 When sorting through the Geekbench database by OpenCL scores, we see the Radeon RX 5700 XT coming in just below and just above the leaked GeForce RTX T10-8 score. This is not an exact science, though, as further up the chart (not shown above), there is a GeForce GTX 1660 sitting pretty with a 54,131 score.
It's worth reminding that none of this is official information. That said, if these leaks are actually representative of the hardware that is running GeForce NOW, are you surprised, or this is pretty much what you expected?