NVIDIA reportedly has some new desktop Ampere GPUs in the pipeline, such as the GeForce RTX 3080 Ti we talked about earlier this week. NVIDIA also has mobile Ampere SKUs on deck, and one of them has hit the V-Ray benchmark in an interesting position.


Earlier in the month, some ASUS laptops leaked with mobile GeForce RTX 30 Series mobile GPUs onboard, which means that NVIDIA could soon announce these GPUs. Now, we have even more evidence to believe that mobile GPUs will be announced as a mobile laptop variant of the GeForce RTX 3070 has hit V-Ray’s RTX benchmark. 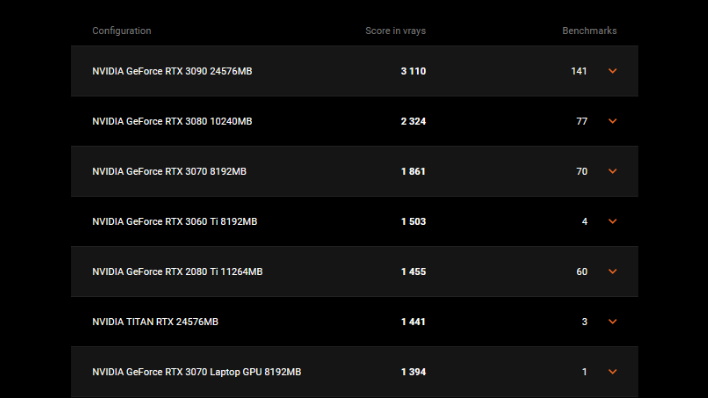 While we do not have official specs of any of the mobile GeForce RTX 30 Series GPUs yet, hopefully, we will find out more about them soon. There is a growing swell of information, and that generally points toward an upcoming announcement.