GameStop is the latest company to make the dive into the world of NFTs in an attempt to turn things around. It hopes that the move will prove to investors that the company is serious about remaining relevant.

Gaming has become a huge market over the last decade, and has provided many companies with a hefty return. Apple saw a gigantic return of $8.5 billion in profit from gaming in 2019 alone. But other companies have not been so fortunate. GameStop, a company that one would think would be flourishing, has seen a steady decline in its profits. A large part of that is because gamers are moving away from buying physical discs, and instead are buying virtual copies of games. The company has tried several different things to stay afloat, and are now attempting to use the NFT and crypto craze to its advantage.

GameStop is said to be launching a division to develop a marketplace for nonfungible tokens (NFTs) and also create partnerships with cryptocurrency partnerships. The company has hired more than 20 people to run the unit. According to insiders, the unit will be making an online hub for buying, selling, and trading NFTs of virtual videogame goods such as avatar outfits and weapons. It is also seeking out game developers and publishers to list NFTs on its marketplace once it launches in the coming year. 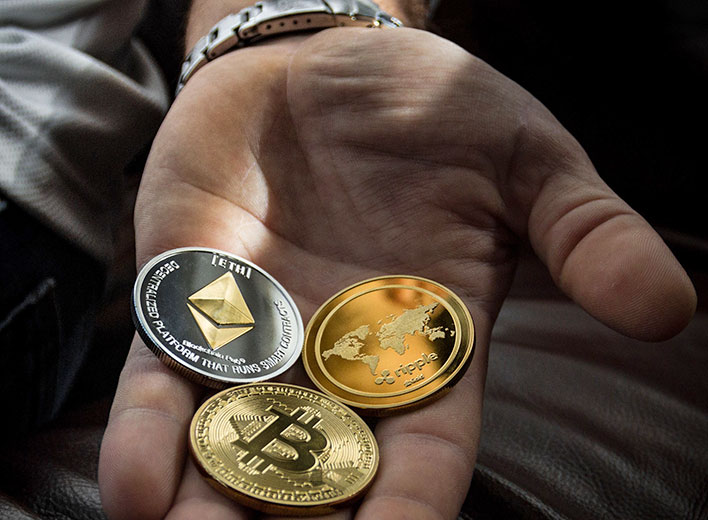 The game focused company has been seeing years of losses. Last year the retailer saw a huge spike in its stock, as it was the center of a stock-trading craze, but eventually that fizzled out. Investors have tried to remain optimistic, but the pandemic has caused a large drop in foot traffic and as mentioned before, many gamers are opting for the virtual download over physical copies of games.

But all of that has not stopped those at GameStop from trying to keep the company relevant. According to a report in The Wall Street Journal, GameStop is said to be close to signing partnerships with two crypto companies to share technology and co-invest in the development of games that will use blockchain and NFT technology. GameStop also hopes to partner with a dozen or more crypto companies and invest tens of millions of dollars in them in the coming year.

GameStop Chief Executive Matt Furlong stated in an earnings call with analysts, "We believe our emphasis on the long term is positioning us to build what will ultimately become a much larger business." Furlong joined the company last year from Amazon.com Inc., and at that time mentioned the company would be looking into business opportunities involving blockchain and NFT technologies.

The move into the NFT market has seemed to excite some investors, as the companies stock rose more than 20% in after-hours trading last night. This followed a 45% plunge over the past six weeks. Time will only tell if the move will have a lasting impact on its stock prices.

Chairman Ryan Cohen, the founder of e-commerce platform Chewy, stated at the company's annual meeting last June, "We are trying to do something that nobody in the retail space has ever done."

Gamers are no stranger to buying virtual items, and this makes the gaming market an ideal place for businesses to enter the NFT market. Virtual real estate is becoming a thing in videogames as well as videogame collectibles. This could be the move GameStop needs in order to salvage any hopes of staying afloat. But it will come at a risk, as there is opposition to the whole NFT and crypto craze as well.

Whether or not GameStop is able to leverage the NFT and crypto market for the long term is yet to be seen. But all of the die hard gamers who have fond memories of standing in long lines in the middle of the night to be one of the first to get their hands on a new release are rooting for its success.