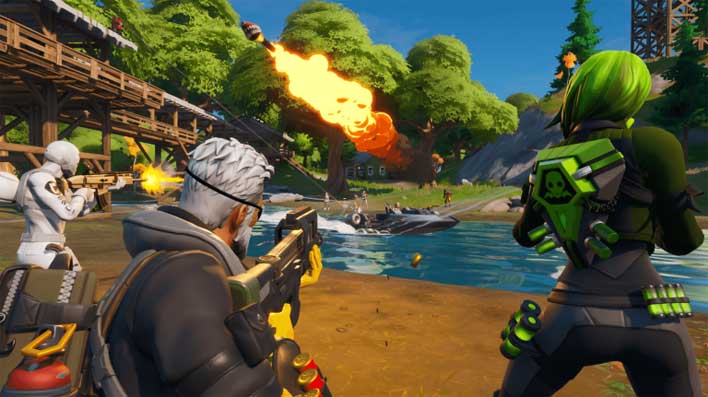 When Epic Games launched Fortnite, the game took the world by storm and has remained one of the most popular video games available. Fortnite is notable because it is a free-to-play title with players paying for skins and other items in the game. Despite the game itself costing nothing, Fortnite was the top-earning game of the year.

This achievement came despite its revenue dropping 25% compared to the past year. Fortnite raked in $1.8 billion in 2019, which was a decline compared to the $2.4 billion the game earned in 2018. While Fortnite's revenue declined for the year, digital games revenue did grow overall in 2019, reaching $109.4 billion, a gain of 3% year-over-year. The data comes from SuperData, which is a Nielsen-owned company.

Free-to-play games accounted for 80% of the total digital games market for the year, which is the same percentage as 2018. Much of the success of Fortnite is laid at the feet of its consistent updates with Chapter 2 landing in October. Recently, Fortnite had a Christmas event where players were given free cosmetics and other items. The game is also known for its cool promotions for major movies like Avengers, Stranger Things, and Star Wars.

Another interesting factoid that came from the data is that Fortnite players are more likely to spend money that players of other free games. Fortnite has fewer players than League of Legends from Riot Games, but Fortnite gamers are more than twice as likely to spend on in-game content. The second-place spot for free-to-play games revenue went to Dungeon Fighter Online from Nexon in a tie with Honour of Kings, each raking in $1.6 billion.

League of Legends raked in $1.5 billion as did the Candy Crush Saga Online game. Pokemon Go and Crossfire each made $1.4 billion for the year. Total premium game revenue for 2019 declined 5% year-over-year due to fewer AAA blockbuster games than in 2018.