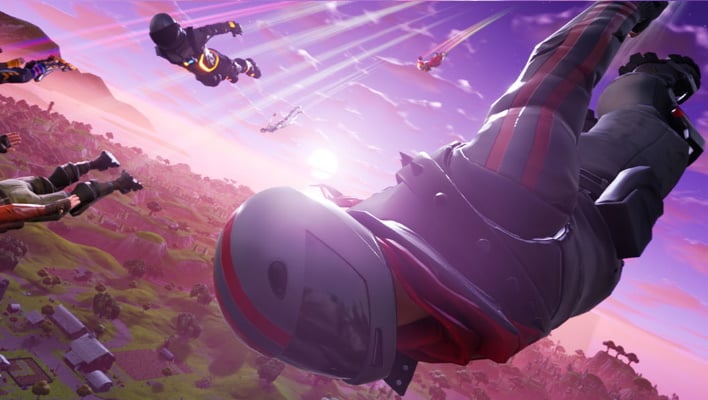 Epic Games have been awfully busy this week with its spat against Apple. Now, the company is teasing a new season of Fortnite with a new Marvel theme. Given how popular Marvel movies have been over the past decade and the frequent collaborations with Fortnite, this revelation isn't too much of a surprise.

On August 27, 2020, it appears Chapter 2 Season 4 is going to drop. In a teaser posted on the Fortnite Twitter, a Fortnite logo appears decorated in a Marvel-esque way. Given that there is also a Marvel logo in the teaser, one can only guess what is to come.

In the past, Fortnite has teamed up with Marvel for some occasional events, such as a special event where players could become Thanos. Now, a whole season might be dedicated to the comic-book and movie magnate.

However, this new season comes during a stalemate between Apple and Fortnite, where the former has now pulled Fortnite from its App Store. If this keeps up, iOS users will not be able to partake in this event in a reasonable amount of time. Currently, it is unknown if this is intentional timing on Fortnite’s part or just a happy coincidence. If you do a bit of reading between the lines, it could potentially look like Fortnite is trying to get its users to put a little pressure on Apple. As Fortnite’s fanbase is fairly considerable in size, this is no small move. It will be interesting to see if this lights a fire under Apple to concede or if the iOS-giant ignores the pressure. Stay tuned for more updates on the Fortnite fiasco as well as the new season as they come out.