As it turns out, the Fortnite island was not devoured yesterday, but season four has ended for the Epic Games’ battle royale. However, Season 5 is here, and we get a sneak peek into what it is to come through some trailers that have been released. According to Epic Games, “the hunt is on” with Fortnite season five.

According to the trailer, even though Galactus was stopped, the zero point, or the thing that holds Fortnite together, was exposed. This threatens the collapse and mixing of different IPs and characters. Agent Jonesy is tasked with making sure no one escapes the loop. To accomplish this, he needs to get some of the best hunters from different realities to keep everything in line. The hunters from the other realities also brought pieces of their realities with them that players can explore.


Who Are The Hunters? 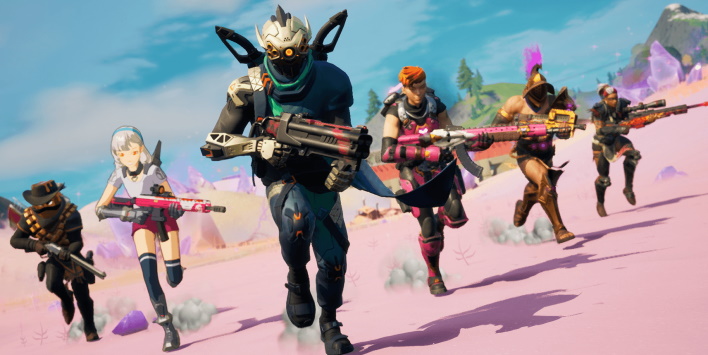 The big name we know right now is The Mandalorian and Baby Yoda (Grogu) from the Star Wars universe. There are other creations from Epic Games that will be joining Mando and Jonesy in whatever fights they encounter as well. It is also expected that we will see more characters as the season goes on, so keep your eyes peeled for new characters in the coming weeks.


Is There A Battlepass?

As always, yes! You can grab the battlepass to level up existing characters or unlock new ones. You will also be able to unlock new cosmetic items for your characters as well.
To start your journey in unlocking new characters, you will need 950 V-Bucks from the Fortnite shop, which will cost you about $10.

This season of Fortnite looks like it will constantly be evolving, so get in early and start grinding out characters you want. I know the Mandalorian skin is cool, but you will need to max out your Battlepass to have the full suit of Beskar armor, which will take some time. If you want to learn more about the new season or how to jump in, you can do so here.