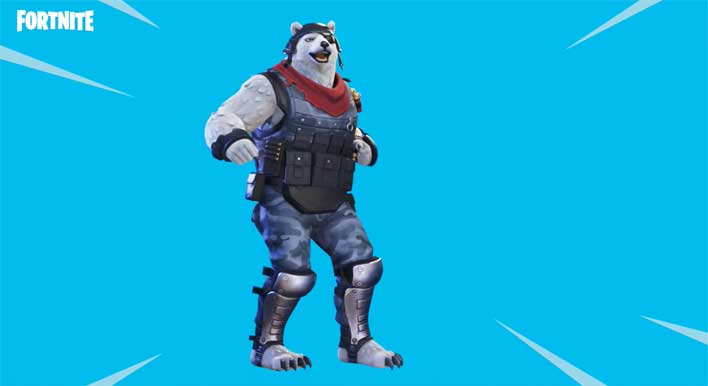 The rickroll is an internet classic. It's been around since 2007 and is still going strong. Just as soon as we forget about the good old rickroll, it comes back and catches us unaware. Case in point is that the official Fortnite Twitter account just rickrolled fans by posting a video that is captioned "Watch How This Bear Made The Unlikeliest Of Friends." As soon as fans click on the video, the bear disappears, and the rickroll song "Never Gonna Give You Up" begins playing.

Instead of Rick Astley appearing on screen with his ginger locks and giant voice, we see some Fortnite characters doing Astley's classic dance from the 1987 music video. What the video is doing is informing players that a dance emote is coming where the players can do the Rick Astley dance on the battlefield. The video shows a couple of different characters doing the dance emote and can be seen below. It appears that the actual Rick Astley is behind the new emote.

The top comment on the YouTube video is from Official Rick Astley and says, "Can't believe I've been rickrolled by fish pretending to be me." Classic Fortnite, rickrolling their players. At least with Astley seemingly on board, this one won't end up in court in a few weeks. We assume when a player executes the emote in the game the song will play.

Fortnite also had a recent crossover event that added a Harley Quinn skin to the game. The crossover was a tie-up with the movie Birds of Prey. Along with the skin came her baseball bat or mallet instead of the normal pickaxe. The game also added a bunch of other challenges to go along with the new skin.