One of the most anticipated updates to Fortnite has arrived. What had fans so eager for this update is the collaboration with Naruto, for what figures to be one of the most popular crossover events to date (and there have been many). This is one of the most popular video games on the planet teaming up with the super-popular anime series Naruto: Shippuden.
"Naruto Uzumaki, the number one most unpredictable ninja and Jinchuriki host of the all-powerful nine-tailed beast is ready—along with the rest of Team 7—to take you through to a Victory Royale!," Epic Games explains.

Other members of Team 7 are coming along for the crossover event as well, including Sasuke Uchiha, Sakura Haruno, and Kakashi Hatake. There are outfits available for each character, in addition to new back bling, themed Naruto pickaxes, themed emotes, custom loading screens, a Kurama Glider, and a whole lot more to make the most of the collaboration. 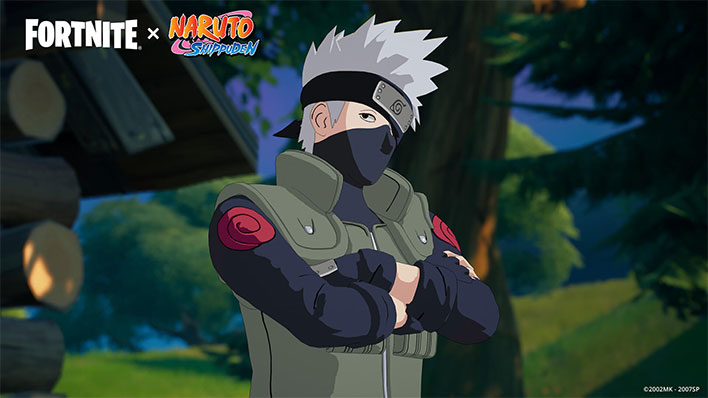 While there are plenty of themed cosmetics up for grabs, the crossover event extends far beyond just Naruto skins and the such. For example, Epic Games is adding Kakashi as an NPC who will hand out ninja-themed quests. Epic Games says not to worry if you don't encounter him right away, as he'll stick around for the entire Season.
Epic Games is also adding the Paper Bomb Kunai as a new weapon that players can throw in the game. Visiting Kakashi is one way to obtain it, though it can also be found in Chests and Loot Llamas. And there is also the Hidden Leaf Village to explore. This is what Epic Games says will help fully immerse players in the Naruto universe, complete with special quests and "breathtaking iconic locations." 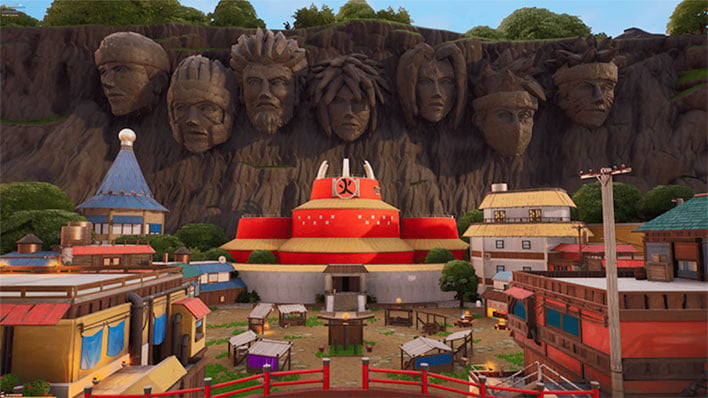 "Visit iconic locations such as the Hokage Residences, and Ichiraku in the Naruto Featured Hub. When you're ready to explore more, find Naruto in front of the Hokage residence who will guide you to the Hidden Leaf Village Adventure Map," Epic Games says.
The latest update brings some major bug fixes too: Grapplers have returned to Team Rumble and Battle Lab, collection book entries can now be viewed when using Performance mode, and cars will no longer vanish or move when entering or exiting.
Fortnite's Naruto update is available now.