Here's How Fortnite Loot Llamas Have Significantly Changed For Season 7

Loot Llamas are a great way to load up on supplies during a Fortnite match. However, they will now run away if you get too close to them instead of remaining motionless as of the latest season. Here is what you need to know about the updated Fortnite Loot Llamas.

Loot Llamas will not only flee from players, but are even capable of swimming and teleportation. Players will have thirty seconds to defeat the Loot Llamas before they phase out with a golden glow. Dataminers have discovered that up to five Loot Llamas will spawn during a single match. It is unclear at the moment if they spawn in specific locations or if they will continue to spawn randomly as they have done in previous seasons.

They will provide supplies as they are running away from the player and when they have been taken down. Some players have reported receiving between three to five blue shield potions and ammo from a fleeing Loot Llama. They will drop additional ammo, potions, and building supplies once defeated. Loot Llamas are therefore very much worth the time to find and chase after. 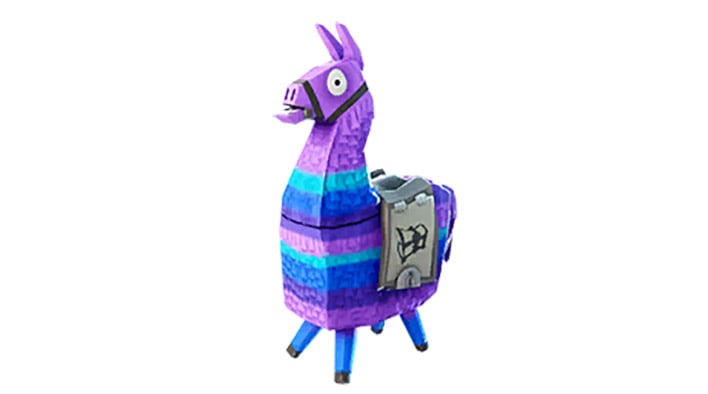 It is not recommended that individual players attempt to tackle the Loot Llamas alone. The Loot Llamas are bullet sponges and there is only a limited amount of time to take them down. Players will want to work with their teammates and utilize weapons with a lot of ammo. It is also interesting to note that the Loot Llamas are unable to break out of builds. This could therefore be an effective way to trap them.

Players may even be able to use a hijacked UFO to catch the Loot Llamas. Fortnite Chapter 2: Season 7 is themed around an alien invasion of the island. The new UFOs allow players to “fire at your foes, pick up anything that isn't bolted down, or toss around fleeing vehicles.” The new season also features a range of weapons from the aliens and the “Imagined Order.” The nuts and bolts that are raining down from the spaceships can even be used as crafting materials.