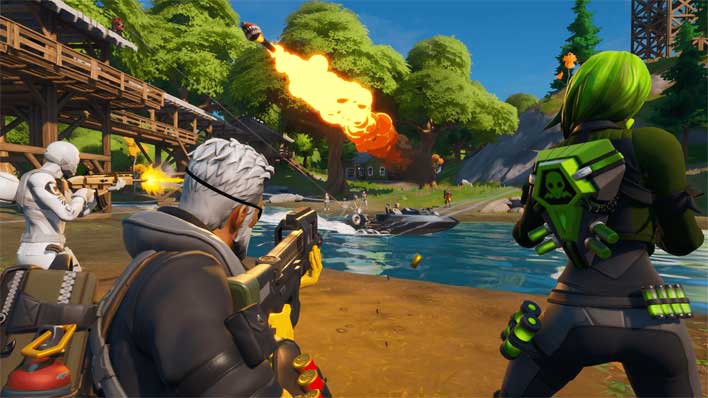 A significant change has been announced for Fortnite via the official Fortnite Status Twitter page. The tweet says that the "Use Legacy Look Controls" setting will be removed from the game on March 13. For players who are currently using that setting, they will need to go into the new settings and maintain their legacy sensitivities by selecting the "Copy from Legacy" option in the Controller Options and then toggle off "Use Legacy Look Controls."

As for why Epic Games is making the change in Fortnite, it has to do with players playing with the gamepad being able to track hidden players using something the community calls left trigger spam. The changes are a move to improve the competitive balance between gamepad users and players using increased speed and precision of a mouse-and-keyboard setup.

The change comes after Epic Games stopped splitting gamepad and mouse-and-keyboard players into different servers and allowed them to compete against each other. Epic realized after implementing the aim assist update last September that the change inadvertently allowed users to track another player's movements by tapping the L2 button to snap their aiming reticle to an opponent, even if that opponent was hidden.

While that feature was officially removed in September, Epic did allow players to continue to use that old system by choosing the "use Legacy look controls" option in the settings menu. When March 13 rolls around, that option will be no more. The downside for players who have been using the legacy options is that they will now have to get used to a new controller method for the first time since the game launched. That will certainly set some of the players back in their competitive rankings.

In other Fortnite news, a few days ago we showed players how to take on the week's Deadpool Challenges.