Ever since its early access crowdfunding, Fortnite was created with some sort of base-building functionality in mind. Well, as of the March 20, 2022 patch, that functionality is no more! At least until the next one anyway.

Epic Games' money printing mega-hit, Fortnite, released a massive update recently, the most notable change being the removal of building in the primary game mode. That change is jarring for anyone who has played the game since the very beginning, such as before the Battle Royale feature was added. The original concept of Fortnite was actually what eventually became the "Save the World" feature. Effectively a tower defense against waves of "husks" (the term used for the AI enemies in the game) where you would build your fort and defenses, then survive the night of enemies advancing upon your position. Of course, Epic later adding the Battle Royale mode for to the version of Fortnite that exists today, but it also kept the building functionality in place. So building has always been a core gameplay mechanic of the game. 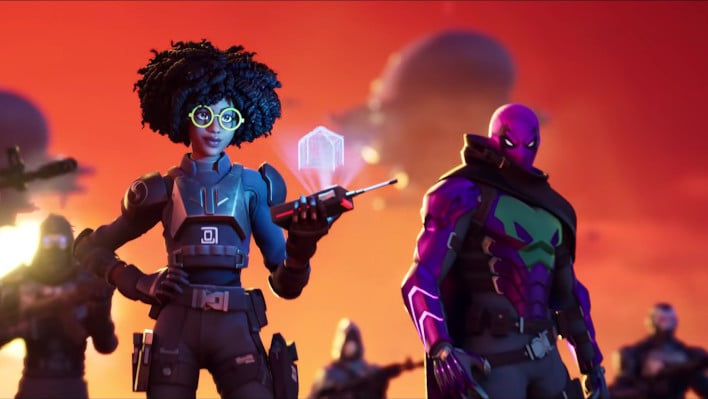 Fortnite Enemy with a Building Cancelling Device
In the trailer for the update, some sort of invading force slowly advances against our heroes, eventually showing a character whom pulls a device that completely eradicates all existing building structures. Immediately following this event we see the now iconic portal representation from the Marvel Cinematic Universe attributed to Doctor Strange who, of course, steps through with a force that looks somewhat familiar to fans of that film franchise to assist the heroes of the story.

Titled "Resistance" these are not the only changes to the popular game, the change list is quite long and adds in a huge number of things. Such as. 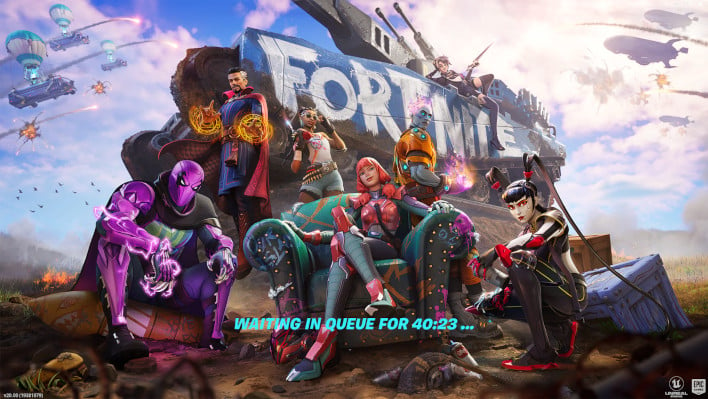 Image of long login queue for Fortnite
Just looking through trailer comments (and just about any social media outlet) you can see a huge division in opinions on the removal of building though. Many people feel that it detracts from Fortnite's charm, claiming that it was one of the only things that set it apart from just about every other battle royale game. Other people feel like building was a crutch for those who just are not as good at the gunplay aspect of the game. Through our readings it looks like opinions on this are split right down the middle. What would not surprise us is Epic eventually making this a permanent fixture in the game but not necessarily as the default gameplay, just another game mode for players to compete in.

This is quite possibly one of the biggest updates the game has ever had, and it is definitely showing its popularity—while attempting to load in we hit a more than 40 minute wait time! Still, this is not a bad thing after all, as Epic has pledged along with Microsoft that all proceeds from March 20 through April 3 are going to go towards relief efforts in Ukraine.