The new 11.30 update for Fortnite has arrived, and with it comes a bunch of new stuff and the usual round of bug fixes. In addition, however, data miners have busted out their snow shovels and plowed through the codebase to uncover some winter-themed goodies, including a whole bunch of new skins and items.
Let's start with the official information. Epic Games has introduced a Split Screen mode in Battle Royale, in which players can play Duos or Squads with a friend on the same PlayStation 4 or Xbox One consoles. The developer notes this is an early release and a work in progress, and is asking players to report any bugs via the in-game feedback tool.
You can also now preview what's in the Shop using your mobile device, and the daily item gifting limit has been bumped up from three to five. In addition, Epic Games changed the Ammo Indicator, and made preparations for the Star Wars: The Rise of Skywalker live event at Risky Reels on December 14 (2:00 pm ET).
As for the bug fixes, they include...
Now for the fun (hidden) stuff... 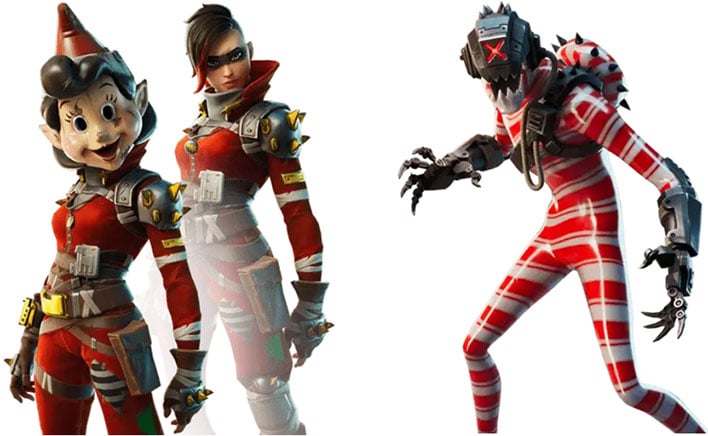 Last year, Epic Games did a 14 Days of Fortnite event for the Christmas season, with a bunch of rewards and challenges related to it all. It's not clear what exactly Epic Games has in store for this year, but there are a ton of new skins and themed items that will be making their way to Fortnite, as various data miners have uncovered.
Here's a look at the full suite of cosmetics... 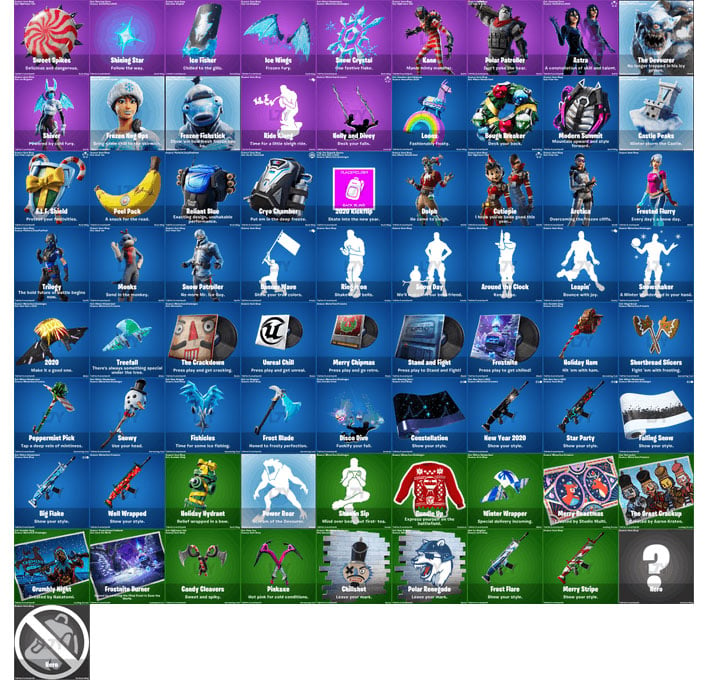 Unfortunately that's the biggest image available of the whole kit and kaboodle, but you can see the various Christmas and winter-themed items and skins that will be making their way to Fortnite.
There will also be a snow map...

The general absence of snow during last year's event was one of the gripes people had. Yes, there was some of the white fluff to be found, but nothing that approaches the snow covered map you see above. It also looks like the Sneaky Snowman will make a return, as it is referenced in the Winterfest challenges that are bound for Fortnite...

There will also be new buildings, including a ski building, a toy factory, and other new structures. Stay tuned!