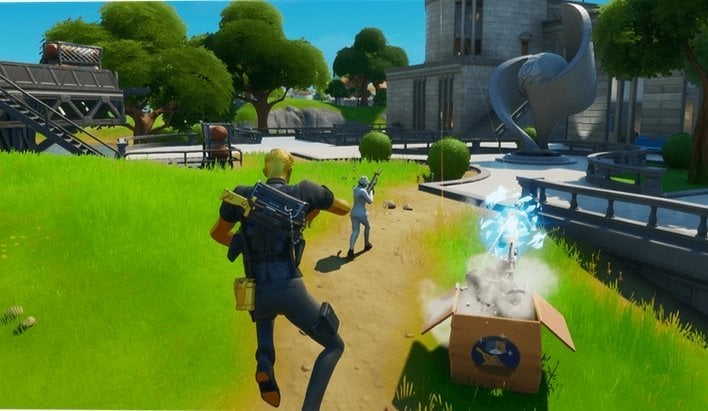 Fortnite recently received an update that brought game to version 12.30 and carried with it a few changes. One of the changes that frequent players will remember was an update at the Daily Assignment Challenge Board, where photos have been added. After the update, players can now go to the Weeping Woods and unlocking a new secret challenge that has players searching out jars of honey.

The Secret Challenge mission is accessed in a bunker outside one of the houses in Weeping Woods that is near the river, and has a pair of wooden doors. Break through the doors, and inside that bunker players will find some teddy bears sitting around a table and a map on the wall for the "Ted Offensive." Once that plan is found, the "For the Bears" quest is unlocked. 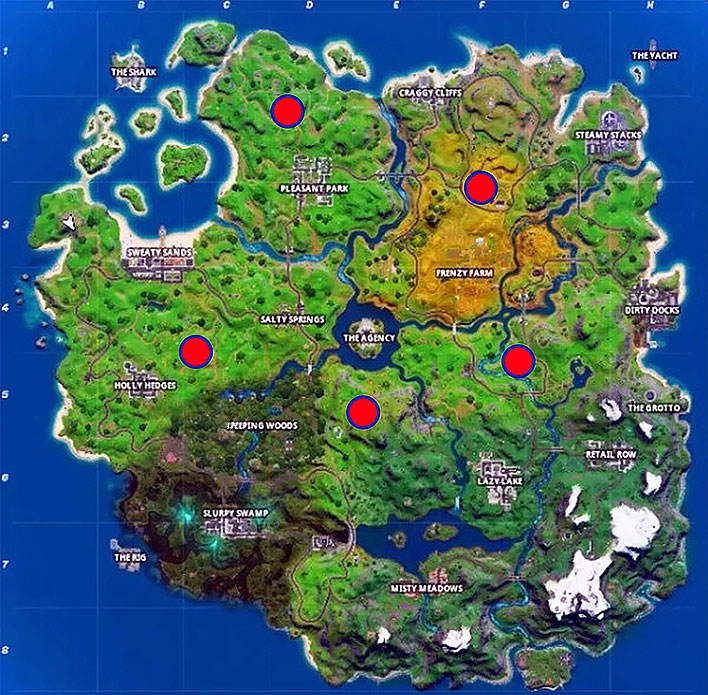 The next part of the challenge is finding the location for the honey pots. There are five of them in total and players will need to find them to complete the challenge. The honey pots are sitting near the bottom of trees and can be interacted with by pressing the E button to consume. The location of the honeypots can be found on the map above.

In other Fortnite news, last weekend, another Deadpool challenge debuted that challenged players to find the big black marker and deface recruitment posters inside the game. Players that finished both of those missions were rewarded with a red and black weapon wrap.