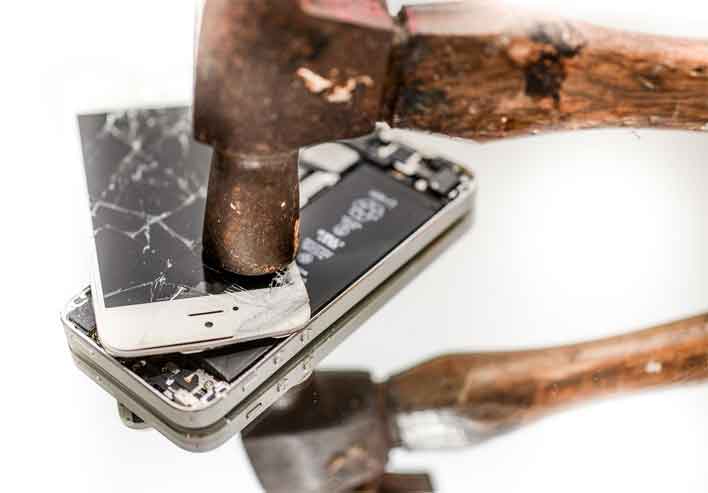 The FCC is pushing for a record fine against a telemarketer that made approximately 1 billion spoofed robocalls in less than five months to consumers in the United States. Many of the Americans who received the spoofed robocalls were on the national Do Not Call List. The FCC has proposed a record $225 million fine against the Texas-based health insurance telemarketer representing the most substantial proposed fine in the FCC's 86-year history.

The fine would be levied against John C. Spiller and Jakob A. Mears, who operated their spoofed telemarketing campaign under business names, including Rising Eagle and JSquared Telecom. Rising Eagle made approximately 1 billion spoofed robocalls across the country during the first four and a half months of 2019 on behalf of clients selling short-term, limited-duration health insurance plans. Spiller has admitted that he knowingly called consumers on the Do Not Call list because he believed it was more profitable to target those consumers. He also admitted that his company used spoofed numbers and made millions of calls per day.

Robocalls made by the company falsely claimed to offer health insurance from major insurance companies like Aetna, Blue Cross Blue Shield, Cigna, and UnitedHealth Group. The calls offered consumers the ability to talk to an allegedly licensed agent by pressing 3 or pressing 7 to be added to the Do Not Call list. Those who did press 3 were transferred to a call center that had no affiliation to the named insurance companies. The call center representatives would try to convince the consumer to purchase insurance sold by clients of Rising Eagle.

One of the largest of those clients was Health Advisors of America, which was sued by the Missouri Attorney General for telemarketing violations in February 2019. Rising Eagle wasn't the only telemarketing company that the USTelecom Industry Traceback Group said was responsible for the approximately 23.6 million health insurance robocalls made across the four major wireless networks each day. It was, however, found to be responsible for a substantial portion of the call traffic.

The Truth in Caller ID Act prohibits manipulating caller ID information with the intent to defraud, cause harm, or wrongfully obtain anything of value. Robocalls made by Rising Eagle were spoofed to deceive customers according to the FCC investigation. In April, the FCC mandated that carriers had to adopt call authentication to help fight robocalls using the STIR/SHAKEN standard. This technique is specifically meant to protect consumers against malicious caller ID spoofing.

The investigation also found that the companies who the robocalls were spoofing became overwhelmed with angry calls from consumers. We certainly hope the FCC levies the massive $225 million fine against Rising Eagle. Perhaps it will show telemarketers that there is a downside to annoying robocalls calls. We hope that the FCC goes after the people who keep trying to reach us about our vehicle warranty next.