According to Facebook, the Quest 2 “packs a suite of innovations to power the next generation of VR games and experiences.” This all-in-one VR solution rocks a Qualcomm XR2 platform, 6GB of RAM and 1832x1920 pixels per eye. The per eye resolution beats out the Valve Index, so it should look good in comparison. The displays will also run at 90Hz for system applications on day one with app developers getting access to 90Hz later. The $299 model of Quest 2 will have 64GB of built-in storage whereas the $399 model will have 256GB of storage. 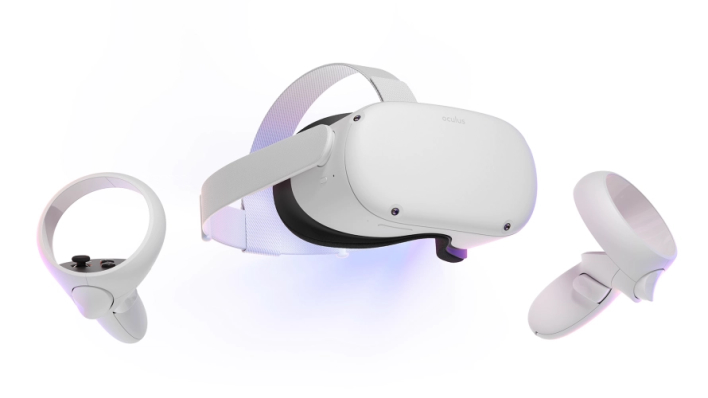 The Quest 2 also comes with redesigned Touch Controllers for better ergonomics with similar controls making it easier to adapt to. Facebook also claims that with the redesign, they have made tracking better and have improved battery life up to four times that of the original Quest Touch controllers. The redesign seemingly did not stop at the controllers, however. With the headset, the reduced over 10% of the weight from the original Quest, included IPD adjustment, and will be compatible with accessories for design and comfort purposes.

With preorders available for the Quest 2, Facebook has now killed off their Oculus Rift line. Though it was price similarly to the Quest, it most likely had decent competition from Windows VR solutions. Also, if Facebook wants to shift focus to standalone VR headsets, the Oculus Rift lineup had to go. Facebook, however, has not entirely gutted PC VR for their systems though. With the Quest 2, you will be able to hook the headset up to a gaming PC over Oculus Link to enjoy the Oculus PC library.

Facebook’s goal with the new Quest is to bring VR to the masses by making it more accessible in nearly all ways imaginable. Though the Quest 2 is still a far cry from the Valve Index in sheer experience, it is exciting to see the technology, nonetheless. Overall, through increased accessibility, hopefully VR and XR experiences will grow exponentially making the field more viable than it was before.