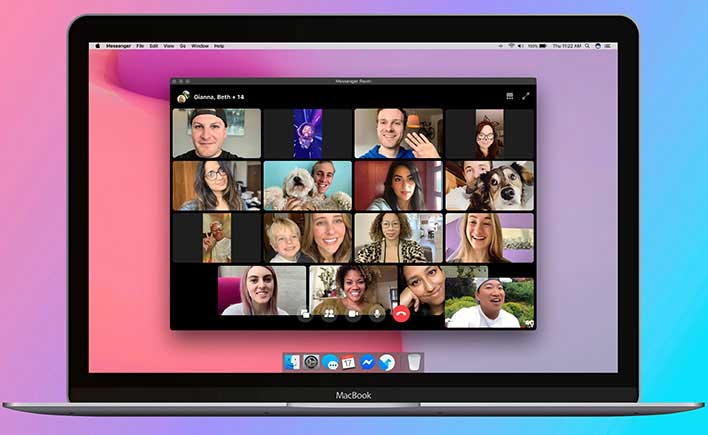 Video and text chatting applications are seeing exponential growth during the coronavirus pandemic as people stuck at home try to keep in touch with friends, family, and coworkers. Facebook has announced that its latest take on video chatting, called Messenger Rooms, is now available to everyone in North America, and will be available globally in the next week. CEO Mark Zuckerberg announced availability in a Facebook post, noting that people around the world are relying on video chat to feel connected with the people they care about.

Zuckerberg says WhatsApp and Messenger are the most popular video calling services globally. Still, many of the video services out there for large groups are meant for work, not social connection. Rooms will work for hosting up to 50 people in a single video chat, and Rooms can be created via Messenger, Facebook, and soon via Instagram and WhatsApp. Users can create a room and then invite their friends with a link.

Messenger Rooms can also be created for groups or an event that's in the planning stages. Facebook users can also create a room for their friends at the top of their News Feed. For those planning to use a Room atop their News Feed, there is no need to schedule a time, which is commonly required with other videoconferencing tools. Zuckerberg says that he has personally been using the new service, and it's allowed him to catch up with people he misses, "but wouldn't have necessarily called on my own."

Facebook announced that Messenger Rooms was in the works late last month, noting at the time that anyone can be invited to join the video call, even if they didn't have a Facebook account. Users can join the video chat from a computer or their phone with no software needed to get started. Those who access via Messenger can use AR effects and immersive 360-degree backgrounds to block out whatever's behind them.