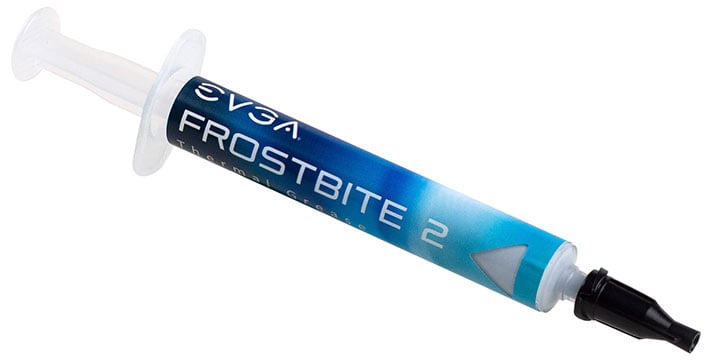 The cooks at EVGA (who are best know for their graphics cards) have come up with a new recipe for the company's Frostbite thermal grease and is ready to serve it up to the public. As with the original formula, EVGA claims its Frostbite 2 thermal grease is "built for high performance" and will keep "temperatures on ice" when overclocking or simply running at stock settings.
EVGA's original Frostbite formula debuted to much hype almost a decade ago. At the time, EVGA said it was "world's first thermal paste validated for extreme overclockers as well as everyday users," with EVGA plastering the product page with a set of performance graphics comparing its Frostbite grease to unnamed competitors.
This time around, EVGA has toned things down a tad, but still offers a vague performance chart comparing its Frostbite 2 grease to "Competitor 1" and "Competitor 2"... 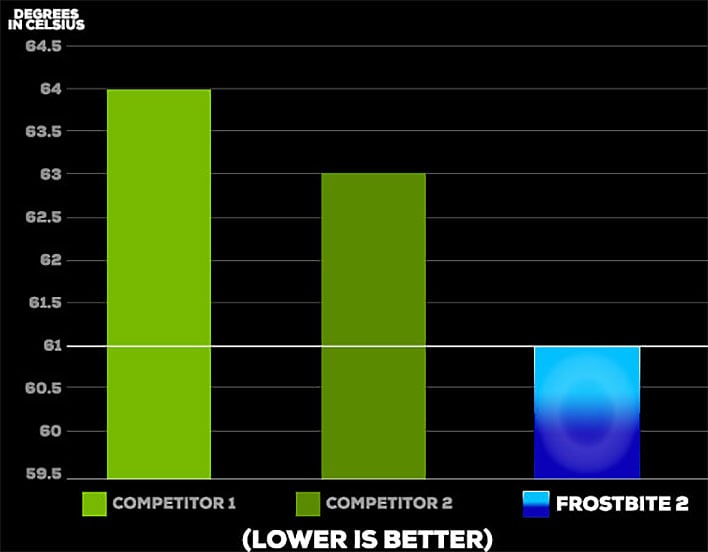 Take from that what you will. Who are those competitors? Good question. We have not tested EVGA's thermal grease (either the original formula or the new Frostbite 2 recipe), so we can't say how it performs, either on its own or in comparison the competition. However, EVGA appears to be aiming for high-end applications once again, both for overclocked (or stock) CPUs and GPUs.
Here's a rundown of EVGA's specifications...

Thermal grease is the stuff that helps facilitate a better transfer of heat between the integrated heatspreader (IHS) on a CPU or GPU to the base of whichever cooler you are using. In simple terms, it's a conductive material that fills in the microscopic nooks and crannies that are not visible to the naked eyeball.
There are a bazillion different options. Traditional grease is the most popular, though some people like to use liquid metal, which has its own pros and cons.
The brand of grease you use can make a difference in temps, as they are not all created equal. Typically we're talking about just a few degrees, which may or may not matter, depending on your setup and what you're trying to accomplish.
EVGA's Frostbite 2 thermal grease a $12.99 MSRP, but is available for an introductory discount—$7.99 at EVGA's webstore (plus $4.99 for standard shipping).