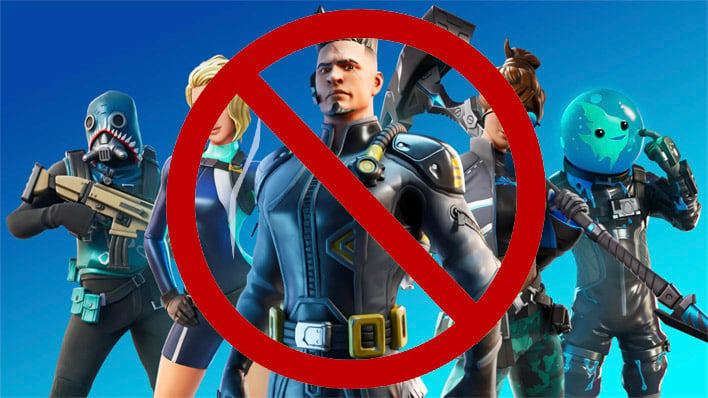 "Epic" might be the best word to describe what's sure to be a prolonged, dramatic court battle between gaming heavyweight Epic Games and iOS App Store walled garden builder Apple. By now you're familiar with the somewhat sneaky direct payment method Epic hid from Apple inside the iOS version of Fortnite during the review process. Following Apple's subsequent removal of Fortnite from the app store and ultimately a termination of Epic's developer contract, the developer has struck back.

Epic has asked the U.S. District Court of Northern to step in and force Apple to roll back what the Unreal creator calls "Apple's retaliation" to prop up its iOS App Store monopoly. The developer's filing states that Epic is likely to suffer irreparable harm if the court stands by, and argues that the court should grant a preliminary injunction based on that claim while the two parties sort it out. Epic's preliminary statement in the filing says, in part, that:

Not only did it remove Fortnite from the App Store, which Epic anticipated, but it also declared it would terminate every one of Epic’s Apple Developer Program accounts and cut off Epic’s access even to software tools that are widely available to the public. This was a clear warning to any other developer that would dare challenge Apple’s monopolies: follow our rules or we will cut you off from a billion iOS consumers—challenge us and we will destroy your business.

Some of this is perhaps a little over the top—Apple provides XCode for download from the macOS App Store for free without a developer account, after all. What's not in dispute, however, is that Apple's App Store is the only app delivery method for billions of iOS devices. Epic has set itself up as a champion of the people while looking for a way to skirt App Store rules about giving Apple a 30% cut of all in-app purchases. The filing describes Apple as a monopoly, and points out that monopolies prop themselves up by "explicitly prohibiting any competitive entry." No argument here.

For its part, Google also removed Fortnite from its Google Play Store service, but Google's blessing isn't required to install a game on Android. In fact, many Android phones are just a QR code away from Battle Royale. That does make Epic's beef with Apple unique, since iOS doesn't allow for third-party app stores like those maintained by Samsung and Amazon for Android devices. Apple even blocks side-loading applications to its devices.

Epic's stance isn't all that different than Spotify's when the streaming music service had a showdown with Apple a year ago. In that case the music service capitulated and gives Apple its cut from users who subscribe through the App Store and Spotify never went so far as to file suit. This type of case is likely to drag on for a while, so this fight is far from over. Stay tuned.